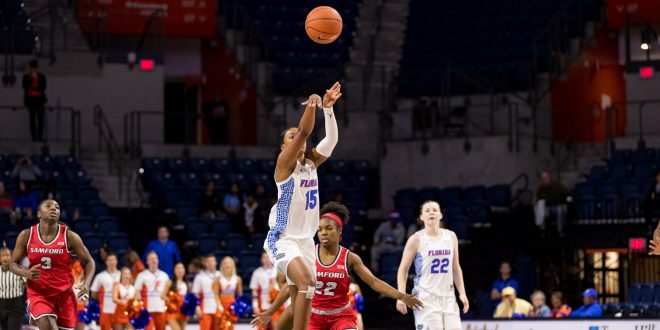 The Florida women’s basketball team (3-0) and the Presbyterian Blue Hose (2-1) will go head to head Monday in a rare 10:30 am start time in the O’Connell Center.  It will be their first meeting in both program’s history.

The Gators are coming off a 84-48 win against Samford. This game highlighted scoring career highs for both Kiki Smith and Ariel Johnson. The freshmen have shined on the court so far this season, but in this game in particular it was Lavender Briggs.  She was the leading scorer with 19 points and a total of nine rebounds.

So far this season, Smith has been the leading scorer for the Gators. She has averaged 14.3 points and 7.3 rebounds in the three games. Johnson is averaging 6.7 per game to go along with six rebounds. Briggs has stood out among the freshmen with a 13.7 scoring average and seven rebounds a contest.

They had a 72-35 vistory over William Peace on Wednesday. The Blue Hose have allowed less than 10 free-throw attempts in the last two games against West Virginia and William Peace. They are also limiting their opponents on the three point line, holding them to a 24 percent shooting clip.

Some notable players on the team include sophomore guard Trinity Johnson. Last season, she totaled 15.7 points, 4.3 rebounds, 3.1 assists and 31.6 minutes per game.  This season so far she has led the team in scoring twice with 10.3 points per game.

Sophomore forward Bria Gibbs also has been a contributing part of the Blue Hose success. In the opener this season against SC State she totaled 14 points and 11 in their most recent game against William Peace.

The team has a lot of new faces this season. Head coach Alaura Sharp added seven new players to the roster. This complilation included five freshmen and two transfers. Redshirt sophomore Briley Buckner also returns to the court after an injury that kept her out all last season.

Even though they have not played against Florida, they are familiar with SEC teams. They currently have a 0-14 record against teams in the conference. These teams include Alabama, Auburn, Georgia, South Carolina, Tennessee and Vanderbilt.

Sara Dastgerdi is a current student at the University of Florida.
Previous Gators Volleyball Can’t Close Out Wildcats
Next Orlando Magic Defeat Beal and Wizards 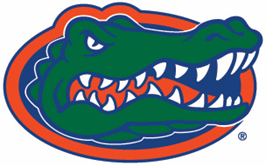