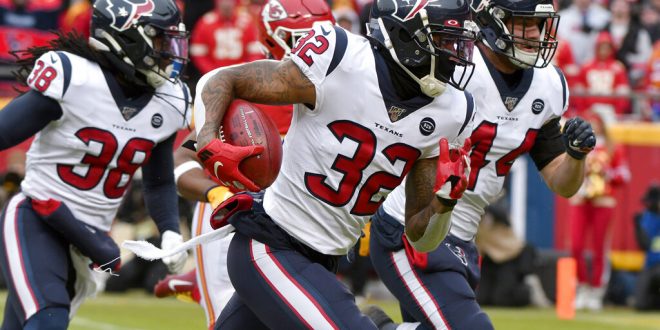 Patrick Mahomes and the Kansas City Chiefs staged an astounding 41-unanswered point comeback against the Houston Texans in the AFC Divisional round. The Chiefs trailed by 21 in the first, making simple mistakes early in the game. The Texans scored a field goal at the emergence of the second quarter to bring Kansas City’s deficit to 24. But, this is when the Chiefs found their rhythm.

Mahomes and his crew began to chip away at the hole Houston dug for them. The comeback began with an advantageous 65-yard punt return by Mecole Hardman, followed by Mahome’s first touchdown of the day. As the quarter continued, the Chiefs threw up 28 more points while the Titans struggled to find their footing again. Two quarters later and with the score 51-31, the Chiefs stole the AFC championship game for the second year in a row. As for the Texans, it’s about time to reevaluate the team, from top to bottom.

The Texans have some thinking to do. First, to wonder how they fell victim to the harrowing NFL postseason curse of allowing impossible comebacks. Starting at the top is head coach and pseudo GM, Bill O’Brien. For O’Brien, a few botched calls proved to be detrimental for the Texans – looking at you fake punt.

Despite the loss, the team knows it has talent. Deshaun Watson is a solid quarterback in a league full of solid quarterbacks. On the offense, Watson has DeAndre Hopkins, Will Fuller, and Kenny Stills at his disposal, all three totaling 287 yards during the game. The defense is where Houston somewhat suffered this season, what with J.J. Watt being injured half the season.

After the loss, O’Brien found himself at a loss for words.

O’Brien has been the de facto GM since the Texans fired Brian Gaine in June 2019. Since then. he’s been given a certain level of power that Houston may have overlooked: player oversight.

O’Brien has a track record of making decisions that don’t necessarily benefit the Texans in the long-term. He allowed a third-round pick for Browns running back Duke Johnson. In August, he gave up two first-round picks and a second-rounder to the Dolphins for Stills and Laremy Tunsil.

At this point, it wouldn’t be unreal for Houston to get rid of O’Brien in favor of some stability. But according to O’Brien, a GM hire isn’t in the picture.

For the Texans, the off-season is will be a time for big change. With big change comes mistakes, so don’t fret Houston, as you saw this season, your team is solid. Your players are confident in their abilities, now it’s time for the fans to stay confident.

Deshaun Watson on what the loss to Kansas City means going forward: