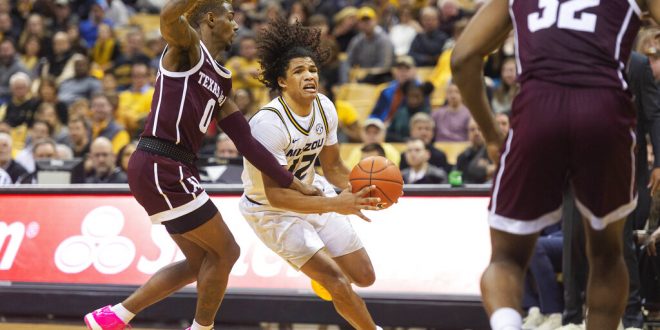 The Missouri Tigers will travel to College Station, Texas, to take on the Texas A&M Aggies at Reed Arena on Tuesday night. This is the second match up between the two teams in less than two weeks. Last time the teams met on Jan. 21, the Aggies beat the Tigers 66-64. The Aggies are looking for the season sweep on their home turf.

Missouri has lost four of its last five games and is now 2-6 in conference play. In the three games since they last played the Aggies, they have been 20-balled twice. Although, they did mount a terrific comeback against Georgia in what would have been another crushing loss. They will come into Tuesday night’s game off a 22-point loss to South Carolina on Saturday.

Missouri is averaging 66 points per game while shooting 40.8 percent from the field.

Meanwhile, Texas A&M has won two of its last five games and is 4-4 in conference play. The Aggies are in danger of falling below .500 if they don’t secure another win against the Tigers.

The Aggies are currently scoring 60.6 points per game while shooting 39.1 percent from the field.

Tip-off between the Tigers and the Aggies is set for 9 p.m. Tuesday on SEC Network.