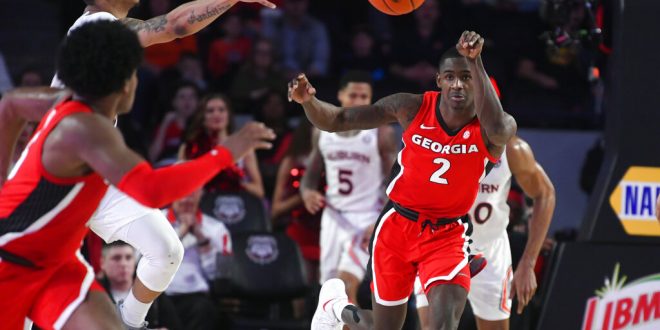 The Vanderbilt Commodores will be facing off against the Georgia Bulldogs at home Saturday.

Georgia: The Bulldogs are coming into this game with a 13-13 record (3-10 in SEC) after knocking off No. 13 Auburn Wednesday, 65-55. Leading scorer Anthony Edwards recorded 18 points, six rebounds and three assists in the win. So far this season, Edwards is averaging 18.9 points a game (3rd in the SEC). He also leads the team in steals, averaging 1.3 per game.

Rayshaun Hammonds added 13 points to the Bulldogs score. Freshman guard Sahvir Wheeler is ranked No. 5 in the SEC in assists. Wheeler is averaging 4.5 assists a game this season.

Vanderbilt: The Commodores are on a four-game losing streak after falling short Tuesday against Tennessee, 65-61. Vanderbilt has been struggling this season with a 9-17 record and is ranked last in the SEC. Freshmen Jordan Wright and Dylan Disu had a combined 34 points against Tennessee.

The Commodores’ leading scorer Saben Lee is averaging 17.3 points per game. He also has the highest average of assists (4.3 per game) and steals (1.6 per game) on the team.

The Bulldogs will use their win over Auburn as the confidence to beat Vanderbilt. The Commodores are looking to get their win since they defeated LSU, 99-90.

The Vanderbilt Commodores will go on to face Missouri Wednesday at 9 p.m. The Georgia Bulldogs are playing against South Carolina Wednesday at 6:30 p.m.