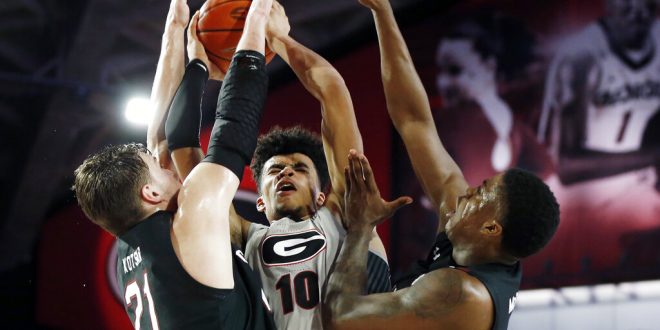 The time is now for teams across the country. It’s the final stretch of the regular season with teams trying, desperately, to make a postseason push. To find a spot in either the NCAA Tournament or even the NIT, wins are paramount for some teams. Some of those desperate teams take the floor tonight in the SEC in a full slate of hoops action.

The latest bracketology projections have four SEC teams making the NCAA Tournament, with the Gamecocks on the outside looking in. According to ESPN, South Carolina is one of the Next Four Out. The Gamecocks, who currently hold a 16-11 record overall, sit sixth in the conference. They are just a game back of Florida for securing a first-round bye in the SEC Tournament. They need a lot of things to go their way in order to punch their ticket to March Madness. However, they have failed to rise to the challenge recently, dropping its last two.

They try to end this skid when they host Georgia. The Bulldogs have struggled to find its footing this season. The Bulldogs currently sit at 14-13 overall and in the cellar of the SEC standings. Despite these overall struggles, Georgia is always a tough matchup when Anthony Edwards is on the floor. Edwards, one of the top NBA Draft prospects, is leading the team with an average of 18.9 points per game, which is the third-highest total in the conference this season.

Arkansas is the definition of a bubble team. Some projections have the Razorbacks dancing in March while others are hesitant. This hesitation on the Hogs stems from the recent struggles this team has faced. Arkansas has dropped five of its last six. A win against Missouri on Saturday ended a five-game losing skid. Arkansas was propelled by the return of Isaiah Joe. After missing all five of Arkansas’ consecutive losses, Joe stepped up with a 21 point performance, hitting five of the team’s combined 12 three-pointers.

The Tennessee Volunteers have achieved “balance.” The Vols are 3-3 in the team’s last six games. Last time Tennessee stepped on the floor, they relinquished a 17-point lead to Auburn, falling short 73-66. The Volunteers are in for a tough trip to Fayetteville as the Razorbacks are 12-4 on the year at home.

Vanderbilt can’t seem to catch a break this season. It took until Feb. 6 for the Commodores to secure the team’s first conference win of the year, snapping a 26-game losing skid in the conference. This win was made even sweeter as it came against then-No. 18 LSU. However, the good fortune didn’t last long for Vandy. The Commodores started a new losing skid, dropping the last five. The lastest one was extra tough as they were victims of a buzzer-beater against Georgia on Saturday.

Missouri heads to the Music City with a 13-14 record on the season. The Tigers have won three of its last five.