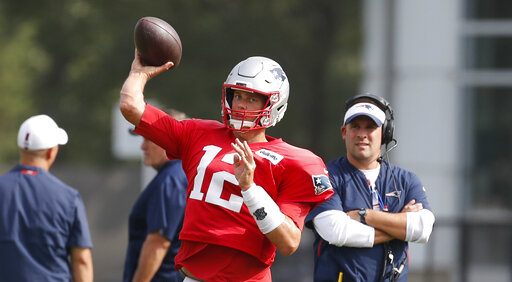 The future looks bright for Bruce Arians and the Buccaneers after reports that the legendary Tom Brady will sign with Tampa Bay this season.

The Bucs have had lots of struggles since their last Super Bowl victory in 2001 over the St. Louis Rams. Tampa Bay has yet to win a playoff game since that season, with its last playoff berth in 2007. Last season, The Bucs finished 7-9 behind starting quarterback Jameis Winston, who lead the league in interceptions with 30.

Due to the losing culture in Tampa Bay, ticket sales and attendance have been at an all-time low at Raymond James Stadium. In 2019, the Tampa Bay Bucs ranked last in the NFL in home-game and overall ticket sales with an average attendance of 50,728 fans, compared to the Dallas Cowboys 90,929 fans per game.

Ticket sales have also been at an all-time low for the Bucs. The average ticket price for a Tampa Bay home game is $82.59, which is over $30 less than the New York Giants average home game ticket price of $115.31.

Despite a rough past, Tom Brady may just be the answer the Bucs have been looking for to turn the organization into a Super Bowl contender. Tom Brady may have the best wide receiver duo in the NFL with Mike Evans and Chris Godwin. Both receivers recorded over 1100 receiving yards in 2019. Godwin especially had a breakout season finishing third in the league.

With the love and admiration of Tom Brady, Tampa Bay Bucs ticket sales are expected to be through the roof in for the 2020 season. Raymond James Stadium is expected to be packed with all the die-hard Tom Brady fans.

Jenna Laine from ABC comments on her experience with the rush of people to purchase Tampa Bay season tickets to see Brady.

Tom Brady in his career has won 16 Divisional titles, six Super Bowls, three NFL MVPs, and four Super Bowl MVPs. Even though Brady had the arguably worst season of his career, the Patriots still won 12 games and finished first in the AFC East