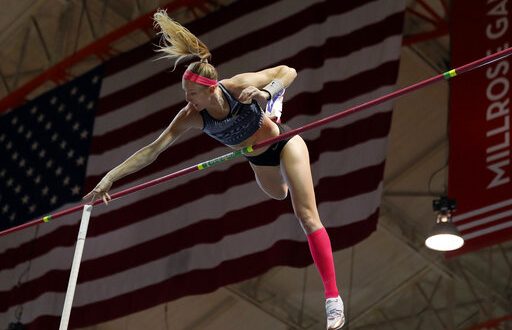 The global death toll from Coronavirus has topped 15,000. As a result, postponing or cancelling the Summer 2020 Olympics has become a possibility. 187 countries have had confirmed cases of the virus. This is raising concerns for the health of not only fans, but also the Olympic athletes themselves.

Sandi Morris is a pole vaulter on the U.S. Olympic team. She says that it is not only the games alone that cause for health concerns, but also finding training facilities.

As of right now, the Summer Olympics are still expected to take place in Tokyo, Japan. The International Olympic Committee (IOC) insists that all of the athletes continue to train and practice. However, with the severity of Coronavirus most training facilities have closed.

Historically, the Olympic games have been cancelled three times. The 1916 games were meant to be held in Berlin, but were cancelled due to World War I. Then, the 1940 and 1944 games did not occur as a result of World War II. Tokyo’s contract with the IOC allows for a postponement until the end of the year, but overlap with other sports may cause issues.

Morris says that games should be postponed until next year.

Japan has spent billions of dollars improving Tokyo’s infrastructure to accommodate for the expected crowds for the games. These expenses will increase dramatically if the games do not occur as scheduled. With the uncertainty surrounding the future impacts of the Coronavirus, there is no telling if fans will be in attendance. This would mean that there would not be any profit from ticket sales or travel fees.

Athletes like Morris, though, will still participate if given the opportunity.

With over 11,000 athletes expected to compete in the Olympics this year, their health is at high risk. In order to get to the Olympics Games, many athletes would have to travel across the world, putting them at an obvious health risk.

Morris believes that the entire process of getting to the games and competing will put people at risk.

Rylee is a third year Journalism major with a specialization in sports and media at the University of Florida College of Journalism and Communications.
Previous Philip Rivers Wanted the Colts All Along
Next The Tampa Bay Buccaneers Welcome Brady

We are now in the heat of the 2020 Tokyo Olympics, and it’s baseball’s turn …