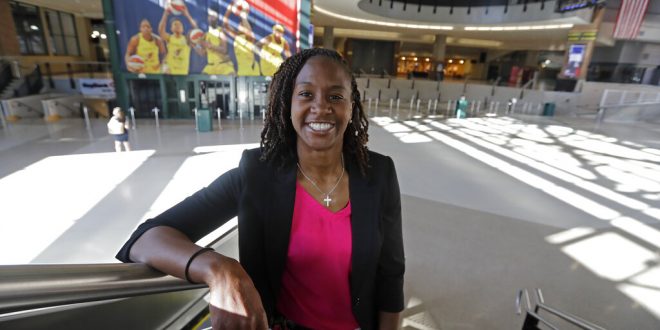 FILE - In this June 26, 2019 file photo, Tamika Catchings poses for a photo inside Banker's Life Fieldhouse in Indianapolis. Catchings is part of a nine-person group announced Saturday, April 4, 2020, as this year’s class of enshrinees into the Naismith Memorial Basketball Hall of Fame. (AP Photo/Darron Cummings, File)

Kim Mulkey is one of the most well-known basketball coaches of the decade. Mulkey was the first person in NCAA women’s basketball history to win a national championship as a player, assistant coach and head coach.

She started her college basketball career as a point guard for Louisiana Tech from 1980-1984. The season following her graduation, Mulkey joined The Techsters as an assistant coach under Leon Barmore for 15 years. Mulkey was expected to take over the team after Leon Barmore’s early retirement. During contract negotiations, however, Mulkey was unable to convince the Louisiana Tech President to give her a five-year contract. It was then, that Mulkey chose to take the head coaching job at Baylor University.

In her 20 years at Baylor, Mulkey has become the fastest Division I coach to have 600 career wins. Before joining the Bears, they had gone 7-20 in the 1999 season. By the end of her fifth season with the Bears, Baylor had a national championship under its belt.

This was nothing unfamiliar to Mulkey, however. She says that her career highlights stretch as far back to middle and high school. Mulkey is the first in NCAA women’s basketball to win a national championship as a player, assistant coach as well as a head coach.

“They’re all so meaningful to me,” Mulkey said about her championships.

Mulkey says that the call was an emotional experience.

Going in as a Coach

One of the other inductees, Tamika Catchings played women’s college basketball for the University of Tennessee from 1997-2001. During her time at UT, they won three SEC tournaments, the NCAA title in 1998 and went to the NCAA Final Four in 2000, amongst other titles.

In 2001, Catchings went number three to the Indian Fever. She stayed with the Fever for 16 years, before retiring from the WNBA. In 2002, she joined the USA Basketball team. It was there that she went 58-1 in major international events and won four consecutive gold medals.

Her Relationship with Coach Summitt

Pat Summitt coached Catchings while she played for the Lady Vols. The public knows Summitt well for her eight NCAA championships. Catchings knows her, however, as her coach and a leader.

Both Catchings and Bryant shared a similar childhood that bonded them through basketball. In 1986, both players were overseas in Italy, supporting their pro basketball fathers. Catchings said that looking back, she and Bryant would not have expected their success.

Rylee is a second year Journalism major with a specialization in Sports and Media at the University of Florida College of Journalism and Communications.
Previous Gators’ Lewis stays for Sophomore Season
Next One and done: UK’s Maxey declares for NBA Draft 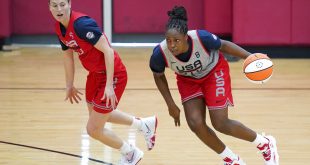 As Team USA prepares to fly across the Atlantic Ocean for the Summer Olympics, being …