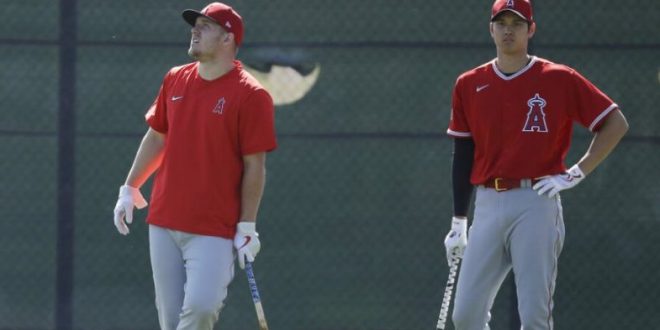 The MLB, like the rest of numerous sports organizations, has seen its operations come to a standstill amidst the coronavirus outbreak across the world. But now, the league is hopeful it can get back to play much sooner than originally thought.

Earlier this week, ESPN MLB insider Jeff Passan reported that the league and its players were forming a plan that could see baseball make a return in as early as May.

NEWS: Major League Baseball and the MLBPA are focusing on a plan backed by federal health officials that could have players in training camps by May and games soon thereafter.

Details at ESPN on how MLB may return — and the difficulty in doing so: https://t.co/zDoNa3k4pm

According to an article by Passan on ESPN’s website, the idea would be to get all 30 teams to play games with no fans in attendance at stadiums in the Phoenix area. Options include the Arizona Diamondbacks’ Chase Field, multiple spring training facilities, and possibly other nearby fields.

Additionally, players, coaches and other personnel would be isolated in surrounding hotels, only allowed to go back-and-forth from the hotels and stadiums, according to the article. While the idea has the backing from federal officials, the MLB said nothing is for sure as of now.

Jim Callis, who is a senior writer for MLB.com, said that if and when the season finally gets underway, it will definitely be odd given the circumstances at hand.

Plans for the Draft

There are still questions that remain to be unanswered regarding the 2020 MLB Draft. According to an article by Mike Axisa of CBS Sports, the league has the option of cutting down the draft from 40 rounds to five. Additionally, the MLB can also push the date of the draft back to July 20 or keep it originally scheduled for June 10.

Callis said he doesn’t see the draft going longer than 10 rounds and that owners might ultimately choose to go in the direction of having just five.

Furthermore, Callis also said that he doesn’t see the possibility of there being any combines this year because of all the health issues it could pose for players and scouts.

As of now, it remains to be seen how exactly the league will go about the process of the draft year. But one thing does remain certain. A draft will go on.

Previous NFL teams preparing for a new kind of draft
Next XFL Suspends All Operations; No Plans for a Return in 2021