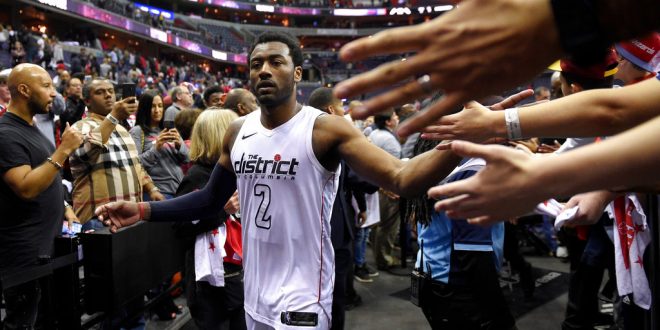 John Wall Will Remain Out for Remainder of Season

Washington Wizards star John Wall announced he will wait for the 2020-2021 season before making his return to the court. The 29-year-old point guard suffered a ruptured Achilles in January of 2019 during his recovery from an original heel injury in 2018.

Wall has been pushing through his rehab process from home amongst the current pandemic. “It’s been pretty cool,” he said. “Luckily I have a half-court basketball court and weight room where I can do cardio.”

However, Wall was quick to admit he misses the five-on-five conditioning with his team.

Though the NBA season has been put on hold, the break has not changed the plans for the All-Star’s return. Wall has made a commitment to himself and his team to ensure he is fully ready to return and doesn’t want to come back prematurely.

“One of my ultimate goals is to make sure that I am fully all the way healthy,” he said.

Even with the break in the season, the mindset could have changed for the star’s timetable to return. However, Wall said that he felt the best-case scenario was to wait until next season.

Former Gator Bradley Beal shares the Washington backcourt with Wall. The two stars have stirred up rumblings of tensions running high with two super-stars soon to be sharing the same court. But, Wall put the rumors to rest.

Wall said the two sat down for a conversation and both acknowledged that they both can still be successful and help their team get better. At the end of the day, he stressed they both make each other better and that he cannot wait to get on the court to play with him.

“I am not John Wall without you, you aren’t Bradley Beal without me,” he said.

Above all, Wall stressed how outside noise can affect a locker room and team if you allow it to. But, rest assured the two stars aren’t letting that happen.

“We know everybody that is not in the locker room or around every day does not see us workout and compete and make everyone better.”