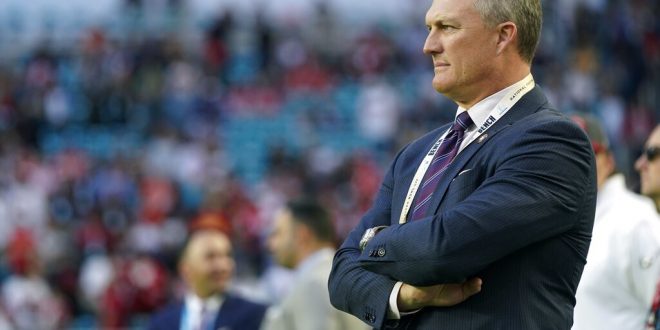 FILE - In this Feb. 2, 2020, file photo, San Francisco 49ers general manager John Lynch watches his team warm up for NFL football's Super Bowl 54 against the Kansas City Chiefs in Miami. "You never stay the same," Lynch said at the scouting combine. "You're either getting better or getting worse. We're into getting better. It becomes trickier with less draft equity and things of that nature, but we've got a lot of good players that are part of us moving forward as well." (AP Photo/David J. Phillip, File)

The 2020 NFL draft is fast approaching and bringing potential big changes for the 49ers lineup. San Francisco is looking to maintain its NFC Championship team as much as possible while being flexible. For them, securing key players on both sides of the line will be critical.

49ers GM John Lynch shared a picture of his “at-home war room”, in preparation for this year’s unorthodox yet necessary online draft.

My at-home war room is almost like I’m at the @SAPSports Performance Facility. Thanks to our IT and video teams + our scouts and coaches we’re ready for the #NFLDraft this week. #IGYB pic.twitter.com/ytuZKY9Bk4

Going into the draft, filling the spots at wide receiver, corner, and safety remains the 49ers’ highest concern. On top of that, holding onto their championship team came with a price.

According to ESPN’s Nick Wagoner, defensive tackle DeForest Buckner was traded to the Indianapolis Colts for the 13th overall pick in the draft.

Also, wide receiver Emmanual Sanders set out in free agency to the New Orleans Saints, leaving a void in the offense.

For the 49ers, landing cost-effective picks will make or break the once championship-level team.

“This draft is absolutely huge for us,” Lynch said. “There’s no excuses, no explanations. We’ve got to get our work done, albeit from home … We will be ready for that draft.”

As of now, San Francisco has options on the table with their 13th pick, able to fill a number of key spots. Some names to keep in mind include Alabama receivers Jerry Jeudy and Henry Ruggs III, as well as Oklahoma’s CeeDee Lamb.

Losing Buckner to the Saints put the 49ers’ defense in a difficult spot. His departure was a direct result of Lynch’s plan to keep the champions together. Right now, if the front office wants to use their 13th pick to replace him, they have Auburn’s Derrick Brown and South Carolina’s Javon Kinlaw. 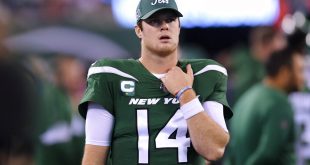