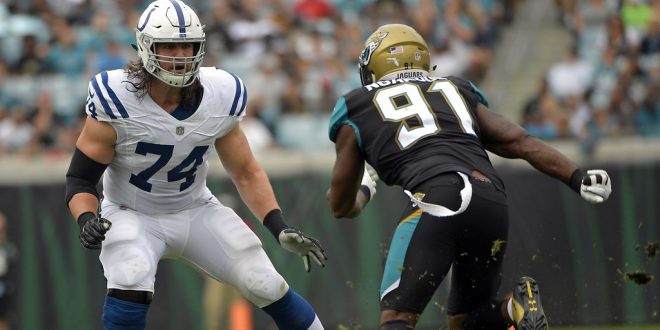 In his feud with Jaguars executive and All Elite Wrestling CEO Tony Khan, Jaguars defensive end Yannick Ngakoue might as well be heard echoing the words of the late WWE legend Owen Hart.

“Enough is enough, and it’s time for a change.”

While he hasn’t said that directly, Ngakoue came pretty close by saying, “Tired of the back and forth @Jaguars. Let’s get this s*** done.”

The quote comes from a tweet directed toward the team’s senior vice president of football administration and technology, Tony Khan.

The 2017 Pro Bowler’s Twitter rant began with a proclamation to free him from Jacksonville, but subsequent tweets sparked a reaction from his intended target.

I’m not in hiding sir, I’m in isolation getting ready for the draft. I’ve been pretty active on social media in isolation, but you wouldn’t know that since you unfollowed me (again).

It’s a new regime here sir. I thank you from the bottom of my heart for all of the contributions you made here. That said, tweeting insults at me won’t get you traded any faster. Only good trade compensation will do that. Please redirect your efforts into a more productive outlet

Show me the compensation. I’m sure you’re really driving up the price today btw.

Origins of the Feud

According to Michael DiRocco, who covers the Jaguars for ESPN, the feud between Ngakoue and the Jaguars began in July. Importantly, that’s when Tom Coughlin, former executive VP of football operations, broke off negotiations with the Ngakoue camp.

This came after Ngakoue reportedly turned down an offer that would have paid him $19 million per year. After amassing 29.5 sacks, 81 total tackles and 10 forced fumbles in his first three seasons, Ngakoue bet on himself and played the 2019 season for $2.025 million.

In 2019, the Maryland product registered a career-high in total tackles with 41 in 15 games. Additionally, he recorded eight sacks, four forced fumbles and an interception returned for a touchdown.

After another productive season, the Jaguars elected to apply their non-exclusive franchise tag on the defensive end on March 13. The tender would net Ngakoue about $17.8 million in 2020, which is the average salary of the top five highest-paid defensive ends over the past five years.

After his former teammates Calais Campbell and Nick Foles were dealt this offseason, and while Leonard Fournette trade talks continue, Ngakoue has yet to sign the tender and hopes to be the next Jaguar traded.

Jaguars already scheduled to have 12 picks in this draft, tied with the Patriots and Vikings for second most in league behind Miami’s 14.

And this is before any potential trades for RB Leonard Fournette and DE Yannick Ngakoue. https://t.co/SzJQkdj74f

According to DiRocco, Ngakoue may not be going anywhere any time soon.

It’s not a secret that he wants to leave Jacksonville. It’s also not a secret that the Jaguars remain firm on their asking price – a first-round pick. Consequently, those two factors combine to scare many teams away and DirRocco states that there has yet to be a single offer for the defensive end.

Adam Schefter speculates that the wariness from the other 31 teams stems from the uncertainty surrounding the 2020 NFL season.

Schefter states that teams may not be willing to compensate Ngakoue after giving up assets to obtain him without guaranteed revenue from the 2020 season.

A lot of uncertainty remains around the NFL’s prospects of playing a full season. Despite that, Michael DiRocco is certain about one thing. The feud between Yannick Ngakoue and the Jaguars will continue to heat up.