“We are deeply saddened for our student-athletes who have seen their seasons and/or high school careers end so abruptly,” FHSAA said in a statement.

The statement also said it is eager to get back to all sports in the 2020-21 school year.

FHSAA was left with no choice after Gov. Ron DeSantis announced on Saturday that all schools in Florida will remain in distance learning through the remainder of the academic year due to COVID-19.

Also, spring football, which was scheduled to begin April 27, is gone as well.

Coaches and players were hopeful when FHSAA released a statement on March 31 stating the season can possibly last as long as June 30. At the time, schools were remained closed until May 1 then returning May 4.

Florida follows its neighboring state Georgia after it announced their spring sports were cancelled earlier this month. Gov. Brian Kemp announced schools will be closed for remaining of the 2019-20 school year.

Many teams in the area took to social media after the announcement.

It’s what we all have been fearing…. Today it became official… The 2020 Baseball Season in Florida is over.

Columbia baseball coach Brian Thomas has spent 37 years in the dugout and his 2020 season came to an abrupt end.

Thomas’ son, Hunter, a senior said it was heartbreaking.

Hunter is moving on to play college baseball at Glenville State.

It was the decision most saw coming but still hurts the same.

“I know for a lot of people it’s closure and it should be,” Thomas said. “It closes the final door, which it needed to do for some of these kids. But it doesn’t make that any easier.” 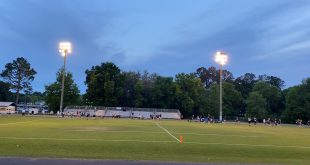