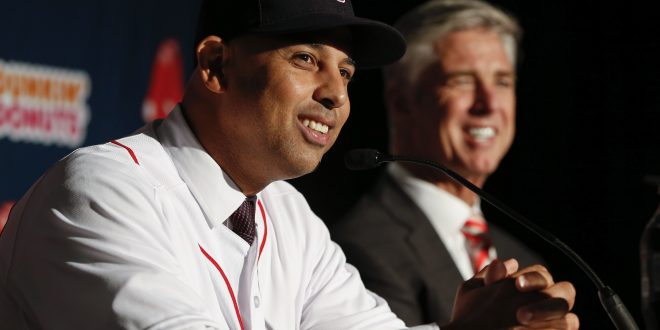 If someone says nothing, is he or she technically lying?

Judging by the way the MLB has dealt out punishment lately, it seems that league commissioner Rob Manfred would say no. The league finally punished Boston for their sign stealing involvement during the 2018 season. However, the punishment in most people’s eyes was extremely minimal.

According to ESPN’s Jeff Passan, the first team that got caught stealing signs showed the Red Sox how to get away with it.

In 2017, the Houston Astros were caught stealing signs throughout the 2017 season. They went on to win the World Series that year against the Los Angeles Dodgers. Essentially when a team is stealing signs, it means that it is decoding the pitcher’s signals to his catcher that dictates what type of pitch he will make.

It is the baseball equivalent to knowing the plays the other team will run in football. It is an enormous advantage, and it compromises the entire integrity of the sport.

One year later, in 2018, the Boston Red Sox claimed the World Series, once again with a win over the Dodgers. There were two common themes between the Astros title and the Red Sox title: sign stealing and Alex Cora.

Cora was a bench coach for the 2017 Houston squad, and in that off season, Boston hired him to be their manager.

Both teams got in trouble for stealing signs. However, the MLB seems to only find blame on Cora for the stealing in Houston.

*Ban of replay operator J.T. Watkins through 2020 playoffs and from doing same job in ‘21.

*Ban of Alex Cora through ‘20 playoffs, but only for conduct with #Astros.

As Passan said, Boston did what it seems to be fond of doing lately…copying the Astros.

When interviewed about the scandal, Astros players and management alike barely spoke on it. Their strategy was to give the media as little as possible to discuss about it.

The result? A $5 million fine. Additionally, a forfeit of Houston’s first and second-round draft picks in 2020 and 2021. The money is certainly costly and so are four top draft picks. But more importantly, the 2017 trophy still belongs to Houston.

So, Boston stayed as quiet as possible, and got even less punishment than Houston. And again, the 2018 title still belongs to the Red Sox.

The MLB seems to be sending mixed signals. The Astros and Cora were punished harsher than the Red Sox. However, Boston was still punished, yet Cora got in no additional trouble for anything that transpired in Boston.

Ultimately, both organizations got punished. To some baseball fans, it was not enough. However, it does beg the question: What is the MLB really saying?

Wait so if Alex was only banned because of conduct with Astros…doesn't that kind of say the Red Sox didn't do anything? https://t.co/PjY36ZSxis