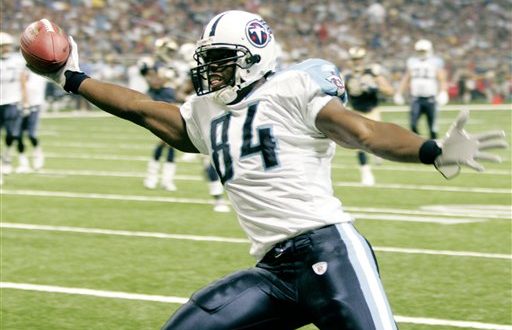 In sports, especially in college sports, there will always be those athletes who build a strong connection with their home towns.

They grow up playing a sport their entire lives in that one particular city and find it hard to just pack up and move to somewhere completely different when college comes around.

There has been plenty of examples of this in football, where guys will make the decision to stay close to home and try to win a championship for their home town or state. Jake Fromm, who grew up in Warner Robbins, Georgia and went onto play for the Georgia Bulldogs as an example.

But then there are the athletes who want something different. A chance to make a name for themselves at a much bigger, well-known school away from home.

Perhaps this was the case for former Florida football tight end Ben Troupe. He is from Georgia but made the choice to cross enemy lines and commit to Steve Spurrier’s Florida program back in 2000.

He recently made an appearance on Sportscene with Steve Russell and looked back on what made him ultimately come to Gainesville, his best memories with the Gators and his days in the pros.

As previously mentioned, Troupe started his career with the Gators in 2000. As a true freshman, he didn’t see much playing time, only appearing in four games as a backup tight end.

Come sophomore year, Troupe became one of Florida’s top targets at the tight end position. He played in 11 regular season games, had nine catches for 98 yards and was named the team’s Most Improved Tight End during the spring.

By the latter part of his college career, Troupe’s numbers on the field began to skyrocket. He finished his junior season with 445 snaps played and 15 catches. During his senior year, he started in all 13 games for the Gators. He finished with 39 total receptions, 638 receiving yards and five touchdowns.

It was this same year that Troupe also took home numerous awards and mentions as well. Of those was being named one of three finalists for the John Mackey Award, which is given to the nation’s best tight end.

Additionally, Troupe was also a All-SEC Coaches’ first team honoree, named a first-team All-American by The Sporting News and was selected as an All-American by SI.com and Rivals.com.

Troupe said the choice to commit to Florida ultimately came down to one person for him.

Looking back at his days with the Gators, Troupe said one of his memories was just stepping back and realizing what he actually got to be a part of in his time at Florida.

After spending four years in Gainesville, Troupe took his football talents to the next stage.

Troupe made the rounds to three different NFL franchises during his short five-year career. He spent a majority of his time with the Tennessee Titans, who selected him 40th overall in the 2004 NFL Draft.

After four seasons with the Titans, Troupe spent his fifth and final year in the league with the Tampa Bay Buccaneers and Oakland Raiders.

In all, Troupe finished his career with 106 receptions, 1,056 receiving yards and seven touchdowns.

When reflecting on his time in the league and with the Titans’ organization, Troupe said he really had a good time.

Troupe also went onto talk about the late Steve McNair, who was Tennessee’s quarterback at the time he was a part of the franchise. Troupe said McNair was probably one of the best quarterbacks he has ever been around.

When it came time to walk away from the game, Troupe said it had both its positives and negatives.

After spending quite some time playing sports, Ben Troupe is now talking about it behind a microphone. He currently is a co-host of ESPNCOASTAL.COM’s program, “Three and Out.”

The show is a chance for Troupe to talk about a wide-range of conferences like the SEC and ACC. When asked whether he ever considered a career in broadcasting while in school, Troupe said he had never thought about it.

He’s had his challenges with it. But, it looks like so far, broadcasting has turned out to be a way for Ben Troupe to stay around the game.