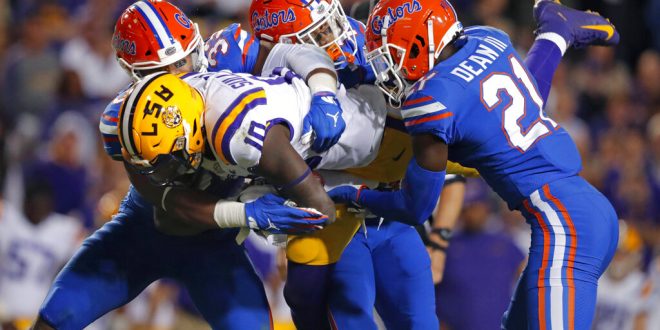 After much talk and deliberation, SEC commissioner Greg Sankey announced that the conference will be playing a conference-only schedule. The conference follows the lead of other Power 5 conferences like the Big Ten and Pac-12. Additionally, the season will be pushed back to a Sept. 26 start.

Sankey went on the Paul Finebaum Show and discussed the tough choices that were made. While the model of conference-only games is the same as the ACC and the Big Ten, each conference is putting their own spin on it.

“We are a group of conferences,” Sankey said. “We are independent entities. We’re in different regions, making well-informed decisions. The relationships are important. In that format, there are going to be differences. I think what we do is great, and I think it will continue to be great without any other qualifications of any other elements.”

With the conference-only schedule, teams will have to replace games that have been on the schedule for a long time. In some cases, decades.

In regard to the Gators, games against Eastern Washington, South Alabama and New Mexico State will have to be rescheduled.

Florida State will have to be rescheduled as well. This marks the first year the Gators will not play the Seminoles since their first matchup in 1958.

The eight games the Gators have scheduled from SEC opponents will stay on the schedule, although dates may change.

As for new opponents, there has been speculation that the Gators will play Texas A&M and Alabama.

While that may excite fans, Florida AD Scott Stricklin said that is “total speculation and spitballin’.”