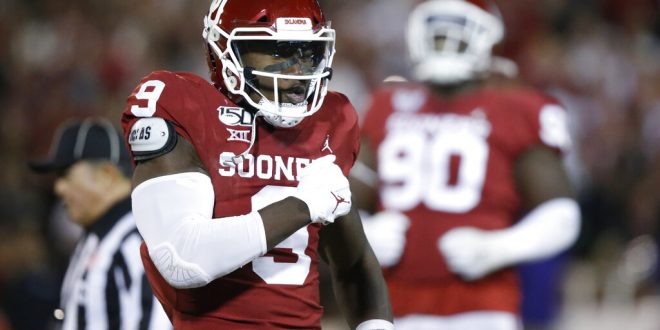 Big 12 announces they are moving ahead with football

The college football world has been rocky the past month. Some schools are opting-out of the 2020 season, while some are fighting to maintain the season. No one quite knows for sure yet what this fall football season will look like. But as of yesterday, the Big 12 announced all fall sports, including football, will be happening.

The Big 12 is looking to crown a national champion in January. The SEC and ACC are also still moving forward with football for now. Every school in the Big 12 has two bye-weeks, with the first game kicking off on Sept. 26. Five-time Big 12 title winner Oklahoma will host Kansas State. Other teams facing off that day will be Texas at Texas Tech, Kansas at Baylor, West Virginia at Oklahoma State and Iowa at TCU.

A notable change for this year’s season is the omission of a State Fair of Texas. However, the Oklahoma-Texas game scheduled to be played at the Cotton Bowl stadium will happen in October. Also, each Big 12 team is allowed a single non-conference game. Lastly, the Bedlam Battle will be played in November when Oklahoma hosts Oklahoma State.

The announcement came from Bowlsby yesterday regarding the continuation of fall sports. He sought medical professionals in order to ensure that players and coaches feel comfortable proceeding with practices. Bowlsby has been following the guidance of doctors and scientists on how to have football while maximizing players and coach safety. He, as well as the schools, are relying on players, coaches, trainers, etc to be responsible and smart about their decisions outside of practice. The season relies heavily on everyone doing their part to socially distance and staying away from crowds.

The Big 12 is following in suit with the ACC and SEC when it comes to fall football. With these three conferences opting to play, fans may see certain match-ups that they didn’t expect. However, playoffs are still in question depending on how many teams take the field this fall.