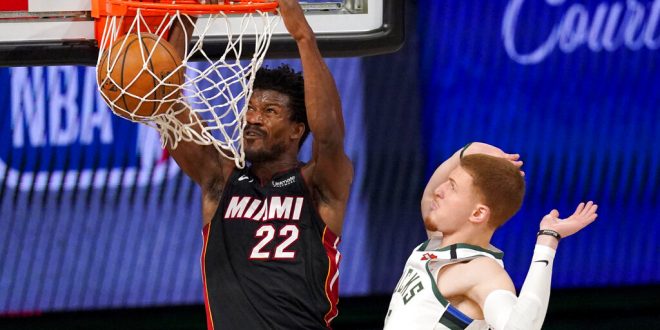 If you were to hear in years prior that James Harden blocked a game-winning shot with seconds left in the fourth quarter of a Game 7 in the NBA Playoffs, you would be in disbelief.

But the bizarro world in which we currently live continues to produce outrageous results.

Harden did exactly that.

With a 103-102 lead and 4.8 seconds to go in the fourth quarter of Wednesday night’s Game 7, Harden saved the Houston Rockets’ season and swatted away Luguentz Dort’s bid to send the Oklahoma City Thunder to the second round of the NBA Playoffs for the first time since Kevin Durant infamously left Oklahoma City for the greener pastures of the Bay Area in 2016.

In doing so, Harden and the Rockets RSVP’d for a second-round date with LeBron James, Anthony Davis and the top-seeded Los Angeles Lakers.

The Lakers disposed of the feisty Portland Trail Blazers in five games in the first round.

Before the blocked shot, Harden had set himself up to be a punchline for yet another joke that questioned his ability in clutch moments.

Shooting just 4-15 from the field and 1-9 from three-point range, the NBA’s regular-season scoring leader (34.3 points per game) was just a footnote on the game’s scoresheet. But a measly 17-point performance, by his standards, was all but forgotten with just one block.

But to get to that point the Rockets had to lean heavily on other sources of scoring. Defensive specialist Robert Covington and sharpshooter Eric Gordon did more than pick up Harden’s slack.

Combined, Gordon and Covington shot 13-26 from the field and a remarkable 11-20 from behind the arc, while pacing the Rockets with 21 points. Meanwhile, former Mr. Oklahoma City, Russell Westbrook, followed closely with 20 points of his own.

Perhaps one of the biggest stories leading into the 2019-20 NBA season was Westbrook’s arrival to Houston after being dealt for future Hall-0f-Famer Chris Paul, two first-round picks and two pick swaps.

Westbrook had evolved into the face of the franchise after the departure of Kevin Durant in 2016. In addition to the loss of Westbrook, the franchise’s all-time leading scorer, the trade also likely meant that the Thunder would miss the 2019-20 postseason. ESPN believed that the Thunder had a 0.2% of making the playoffs before the season started.

To the shock of many, the Thunder crashed the playoffs as the fifth-seed behind the solid coaching of former Florida Gator great Billy Donovan, the leadership of Paul and the balanced scoring attack from Shai Gilgeous-Alexander, Dennis Schröder and Danilo Gallinari. And of course, the Thunder matched up with the Houston Rockets.

To say that Westbrook would have been publicly ridiculed had Houston lost to Oklahoma City is an understatement.

After missing the first four games of the series thanks to a strained right quadriceps, Westbrook underwhelmed with seven points in Game 5 and 17 points in Game 6. In Game 7, he needed to be better. And while he certainly didn’t match his MVP ceiling, he did play better, posting 20 points and nine rebounds.

Adversity sometimes leads to unlikely leaders. And Lu Dort is as unlikely a leader as there has ever been.

The undrafted guard out of Arizona State had only scored in double figures seven times in his 36-game rookie campaign. And only once did he surpass the 20-point mark, on Jan. 29 in a blowout victory over Sacramento.

Dort found his way into the starting lineup for the Thunder in Game 2 and he remained in that role for the rest of the series.

The previously unheard-of rookie torched the Rockets for 30 points. He shot 10-21 from the field and 6-12 on the three-ball.

If not for Harden’s mammoth block on his game-winning attempt, perhaps Dort would have been the story of this game.

Despite the loss, Lu Dort put on an absolute show last night in Game 7.

Dort would have been a hero. He would have been the undrafted free agent who propelled the heavy underdogs to the slay the team with two of the league’s top scorers and he would have led the Thunder to the second round for the first time since Durant and Westbrook did it in 2016.

Alas, that storyline wasn’t in the cards in 2020. Instead, it’s two former Thunder stand-outs, Westbrook and Harden, who move on to take on James and the Lakers.

Harden and Westbrook versus LeBron and Davis should be fun.

In an ending where Jimmy Butler could have been labeled the goat, he played the hero.

After a Giannis Antetokounmpo dunk with 15 seconds left, the Miami Heat led the top-seeded Milwaukee Bucks, 113-109. Seven seconds later, Butler turned the ball over with a questionable pass attempt and Brook Lopez cut the lead to 113-111.

But despite his mistakes in the waning seconds of Game 2, Butler displayed something that not every NBA star possesses.

With just 8.5 seconds to go and trailing by two points, the Bucks had to foul and send the Heat to the line with the hope that they’d miss a free throw, or two, and that they’d get the ball back. And of course, it was Butler who had the ball in his hands when Donte DiVincenzo had to commit the foul.

Butler, fresh off a major mistake, stepped to the line shooting just north of the 83% mark on his foul shots in his career and was 4-4 from the line on the night.

If he made both shots, the lead would have been extended to four. And the two-possession lead seemingly would have placed the game out of reach for the Bucks with just 7.7 seconds remaining.

But then Butler missed the first free throw. He made the second, but the lead was just three.

On the ensuing inbound, Kyle Korver found Khris Middleton behind the arc for the attempt at the equalizer. The shot didn’t fall; however, Miami’s leading scorer, Goran Dragic, was whistled for a shooting foul with 4.3 seconds to go.

Middleton made all three free throws to tie the game, and the game appeared to be heading for overtime.

But as time expired, Butler redeemed himself.

In what could be perceived as a gift from the officials, reigning MVP Antetokounmpo earned a shooting foul on the Butler fadeaway jumper.

Jimmy Butler comes up CLUTCH at the line, putting the @MiamiHEAT up 2-0!

Butler just needed to make one free throw to win the game, as the clock had expired. He made both.

In an otherwise lackluster game, Butler recorded 13 points, 6 assists and 3 rebounds. Dragic and Jae Crowder paced the starters with 23 and 16 points, respectively, while Tyler Herro added 17 points off the bench.

For Milwaukee, Antetokounmpo returned to his MVP form with 29 points, 14 rebounds and 3 assists. This came on the heels of an 18-point, 10-rebound and 9-assist performance that failed to meet the lofty expectations set for the reigning MVP.

Miami now leads the number one overall seed, Milwaukee, 2-0 in the series, as the artificial “home court advantage” shifts in Miami’s favor in Game 3 on Friday at Disney’s Wide World of Sports Complex in Lake Buena Vista, Florida.