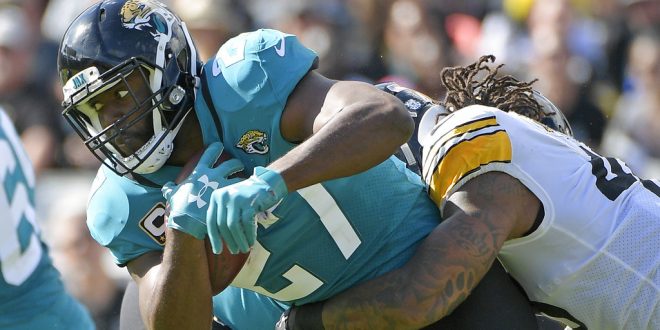 The news came earlier this month that former Jacksonville Jaguar Leonard Fournette would be heading to Tampa Bay. The young running back is excited to be a part of a totally new offense where he is not always the focal point.

The 25-year-old spent three seasons with the Jaguars providing plenty of support to his former team. In his time in Jacksonville, Fournette scored 17 touchdowns from the rushing end, and three from the receiving end. He also acquired 3,640 all-purpose yards. He views his opportunity with the Bucs as the perfect fit. The 6-foot-tall running back has a lot to offer to the team and vice versa.

According to NFL Next Gen stats, Leonard Fournette was faced with a loaded box on 34.7 percent snaps in 2019. Tampa Bay had the third lowest loaded box percentage last season with only 21.5 percent. The Bucs may have had an inconsistent ground game in previous years, but with a newly constructed offense there is plenty of potential with Fournette ready to take a smaller role.

The New Orleans native spent three years with a rotating carousel of quarterbacks. There was not much consistency in who was handling the ball, thus providing another incentive for Fournette to move to Tampa Bay: Tom Brady. Working under a six-time Super Bowl Champion is one of the reasons for Leonard’s excitement.

However, He won’t be the star of the offense. Coach Bruce Arians announced that Ronald Jones will start, with LeSean McCoy as the back-up. The LSU alumni, who was draft fourth overall in 2017, is not frazzled by not being the star.

“My job is to come out here and compete the best I can, get in the playbook, understand what they want from me and the rest will take care of itself,” Fournette said.

The Tampa Bay Buccaneers will play their first game on Sunday Sept. 13 at 4:25 p.m. against the New Orleans Saints.