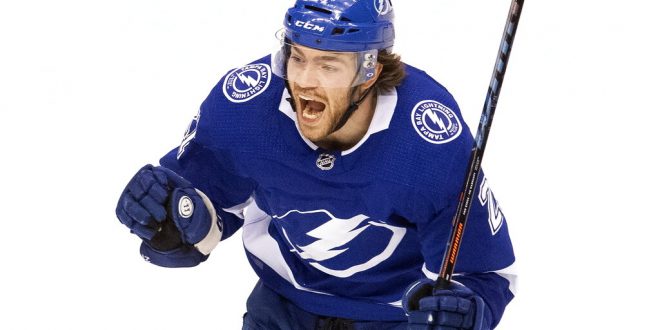 Melrose praised the Tampa Bay Lightning, a team that he briefly coached in 2008. The Lightning got off to a 1-0 series lead against the New York Islanders on Monday night, with a resounding 8-2 victory.

Huge in game one was Tampa Bay’s 24-year-old center Brayden Point, who netted two goals and three assists. Melrose went so far as to call Point the “most underrated player in the NHL”:

As dominant as Monday’s Tampa Bay win was, all is not lost for the Islanders. New York came into Monday’s game on just 48 hours of rest after a hard-fought second-round series, and Melrose points out that a game 1 stinker may not sink a team’s series chances:

Wednesday night brings a chance for the Islanders to bounce back, as game 2 begins at 8:00 p.m. Eastern.

Toughness Pays off for Tampa Bay

Melrose was also impressed with how dominant Tampa Bay looked without their long-time star, Steven Stamkos. Stamkos remains sidelined with an undisclosed lower body injury and has been officially ruled out for the series.

Melrose pointed to Tampa Bay’s added physicality as a reason for their success minus Stamkos. After a disapointing first round sweep by Colombus last year, the Lightning front office made a concerted effort to revamp the squad around tough, gritty players:

As a longtime player and coach, Melrose appreciates that a team is reaping the benefits of this front office strategy.

Stars-Knights off to Tight Start

The Vegas Golden Knights tied up the Western Conference Finals on Tuesday night, with a 3-0 victory. Melrose pointed out that both teams were tired in Dallas’s game 1 victory, and added that “we’d get a better judge of Vegas” in game 2. Whether or not Vegas continues to win remains to be seen, but Melrose predicts a tight series one way or the other.

Melrose has been impressed by the surprising Dallas defense in particular, namely the play of backup goalie Anton Khudobin. With starter Ben Bishop struggling through a knagging injury, Khudobin pitched a shutout in game 1. Of the impressive reserve, Melrose pointed out his success despite a lack of prototypical size:

Game 3 of the Western Conference Finals takes place on Thursday night, with both sides looking for a 2-1 advantage.