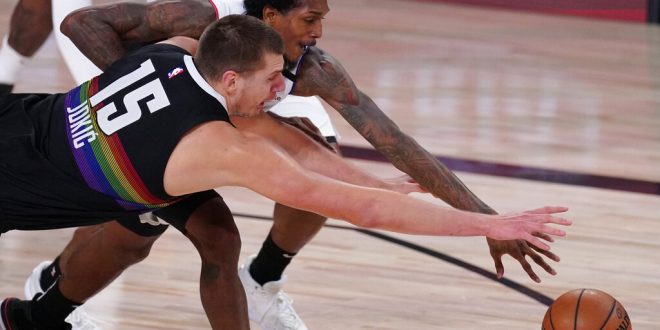 The Nuggets and Clippers will take the floor on Tuesday night for a chance to play in the Western Conference finals.  The Nuggets are hoping to repeat some of the success that led them to back-to-back victories in Game 5 and Game 6, which leveled the series at 3-3.

The Nuggets never counted themselves out, overcoming a 19-point deficit in their Game 6 victory over the Clippers. Doc Rivers said he saw this coming when the Nuggets began playing more aggressively in the third quarter.

Nikola Jokic said the Nugget’s strong play was just a result of them having fun.

History on The Line

The Clippers’ two-game skid in Game 5 and Game 6 put them at risk of letting history repeat itself.

The Clippers franchise has yet to play in a Western Conference finals in their 50-year history. A Western Conference semifinals loss would be a disappointment, to say the least, after their acquisition of stars Kawhi Leonard and Paul George this past offseason.

The Nuggets on the other hand are looking to reignite some of their past playoff magic from 2009 when the Carmelo Anthony-led Nuggets team made their way into the Western Conference finals.

The moment is never too big for the Clippers Kawhi Leonard who is no stranger to the spotlight. It was Leonard’s “shot heard around the world,” that propelled Leonard’s Toronto Raptors past the Philadelphia 76ers into Eastern Conference final play in last year’s playoffs.

This isn’t new territory for the Nuggets either. They faced off in a Game 7 against a Jazz team in their first-round playoff series. Tuesday night marks the fourth consecutive series where they have played a Game 7, dating back to last year’s playoffs.

For Rivers’ Clippers, there’s no secret to securing a Game 7 victory.

The Clippers will look to speak Rivers’ words into existence in Tuesday night’s game.  Meanwhile, the Nuggets will gear up to battle it out once again. They will be led by their explosive 4th-year point guard in Jamal Murray and Serbian big man Jokic.