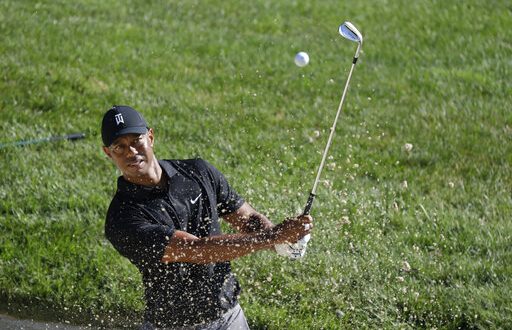 Tiger Woods hits out of a bunker on the 15th hole during a practice round for the Memorial golf tournament, Tuesday, July 14, 2020, in Dublin, Ohio. (AP Photo/Darron Cummings)

In the last seven months, Tiger Woods competed in a total of five official PGA Tour Events, with his best finish coming in a T37 at the PGA Championship.

Struggles off the tee, misjudged irons and unusually poor putting performances have been the narrative of Woods’ 2020 season. Woods described his struggles this season during a press conference on Sept. 15th.

That entire narrative can change in the next four days. A good performance at the incredibly difficult Winged Foot Golf Course in Mamaroneck, New York will do that.

The 120th United States Open Championship begins tomorrow. Tiger Woods will begin his quest for a 16th major championship and his first U.S. Open victory in 12 years. Most of the field will be paying attention to the 2020 PGA Tour Player of the Year Dustin Johnson, 2020 PGA Player of the Year Justin Thomas and young phenom and this year’s PGA Championship winner Collin Morikawa. However, Woods lurks in the background.

Throughout the majority of Woods’ career, most tournaments considered him the oddsmakers’ favorite. However, 44-year-old Woods enters this week as one of the oddsmakers underdogs at 50-1. U.S. Open favorite Dustin Johnson current odds to win the championship sit at an incredible 17-2, which is a phenomenal feat in a field featuring 156 of the world’s best golfers.

Woods’ constantly strives to improve his game and has elevated his dedication to the sport even in the late stages of his career. Though Woods has struggled recently, the Winged Foot Golf Course sets up perfectly for his style of play, with accurate long irons, and keeping your approaches below the hole, as major keys to success.

Tiger Woods tees off Thursday morning at 8:07 a.m. alongside Justin Thomas and Collin Morikawa. Will Woods be able to turn his summer and possibly his season around at Winged Foot? Tune in to early first-round coverage from 7:30 a.m. to 2 p.m., Thursday on Golf Channel to find out.

Jason Myers is a dedicated sports journalist that covers the entire world of sports. Myers currently studies Journalism at the University of Florida, and will be graduating this upcoming May, 2021.
Previous Epic Overtime Win for the Heat
Next U.S. Open to Finally Start 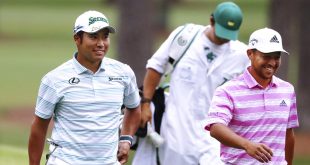 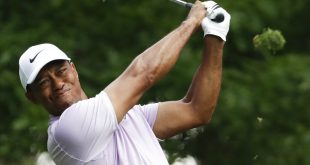