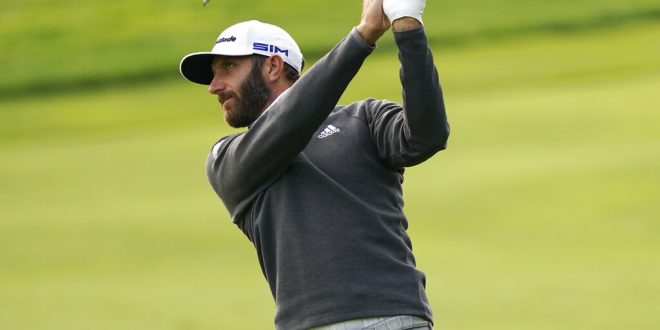 The U.S. Open will finally start on Thursday after being postponed since mid-June.

It is not normal to be preparing for the start of the U.S. Open in mid-September. Typically, we would have already known the winner of the high-profile PGA major championship by the time the Fourth of July rolls around. However, due to the COVID-19 pandemic, the entire PGA season was pushed back.

We still get to experience the major championship, though just a little later than usual. The U.S. Open will begin on Sept. 17 and continue through Sept. 20.

The U.S. Open will feature the top three players in the Official World Golf ranking, Dustin Johnson, Jon Rahm and Justin Thomas. These three also lead the predicted leaderboard prior to the start of the tournament. The U.S. Open odds board at William Hill has Johnson with odds of 17-2, making him the predicted favorite. Rahm follows closely with odds of 10-2 and Thomas is listed at 14-1. The other three golfers heading into this weekend with odds under 20-1 are Rory McIlroy, Xander Schauffele and Collin Morikawa.

PGA announcer and Gator golf alumn, Gary Koch, said that the players should prepare for a tough tournament. Koch said that the U.S. Open is often regarded as the hardest in golf, and this one will be no different.

Buckle up: The boys are in for a challenging week at Winged Foot.

Koch says that the course where the tournament will take place will be a challenge for even the most experienced players. This year’s tournament will take place at Winged Foot Golf Club in Mamaroneck, New York. Koch actually competed there himself in the 1984 U.S. Open, alongside seven other former Gators. Even though the players know what to expect, they will still have to adjust their game to fit the difficult course.

According to Koch, the U.S. Open has been played at this course six times, however, four of the six winning scores were over par. Despite presenting challenges to the golfers, Koch said that the course is fair and is a true testament to what the U.S. Open is best-known for.

Previous Tiger Woods Looks for Turnaround At U.S. Open
Next Nuggets Stun the Clippers to Advance to the Western Conference Finals