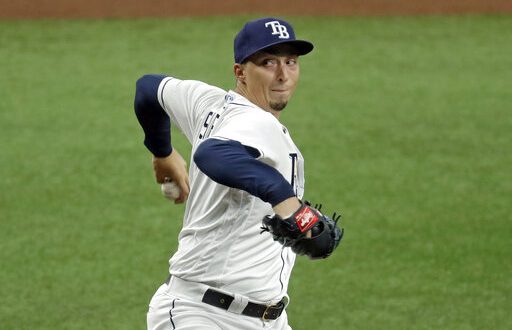 The shortened MLB regular season is coming to an end, and the playoff picture is starting to make sense. The Tampa Bay Rays and Chicago White Sox became the first teams in the AL to secure a spot.

Joining the White Sox as the first teams to secure a spot in the postseason are the Tampa Bay Rays. Returning for the second-straight year, no one should be surprised by the Rays’ success.

Currently holding a 33-18 record, Tampa has a chance to secure first place in the AL East before the season ends. On Thursday, the Rays defeated the Baltimore Orioles 10-6. With the game tied 6-6 heading into the fifth inning, the Rays took a four-run lead in the fifth.

Leading the series 2-0, the Rays still have three more games left in the series. Two three-game series against the Mets and Phillies follow to close out the season.

Behind Tampa in the AL East are the Yankees, who have put together eight straight wins. The Yankees are currently 29-21 and are finally playing to their full potential.

It has been 12 years since Chicago has made it to the postseason. The long drought finally ends this year as they hold the number one spot in the American League after a 4-3 win over the Minnesota Twins on Thursday.

Chicago is currently 33-17, which is good for the second-best record in the MLB (Dodgers are 36-15).  With series against the Reds, Cubs and Indians remaining on the schedule, the White Sox hope to hold on to the number one seed in the American League.

Whether they hold the current spot or not, making the playoffs and ending the drought is impressive, especially considering how young this team is.

While the White Sox and Rays are locked into the playoffs, their spots can still change and the last remaining games are still important.

The Miami Marlins and the Baltimore Orioles face off in a two-game series. With the …