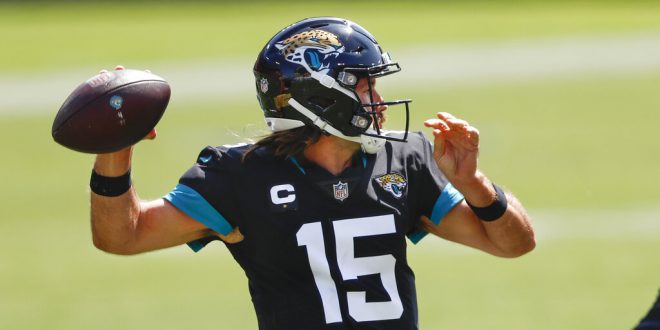 The age-old rivalry of North Florida vs. South Florida will take place on Thursday Night Football when the Miami Dolphins travel up to TIAA Bank Field to take on the Jacksonville Jaguars.

TIAA Bank Field is one of the few home venues that has allowed fan attendance this season. Just four NFL teams hosted a crowd in Week 2. Even with a diminished crowd, it should help instill some energy into a Jaguars team that is in need of rejuvenation after a tough road loss to the Titans in Week 2.

The Dolphins also fell short in their efforts last week, and at one point, were forced to leave the field due to lightning in the area.

However, they’re hoping to bring that same electricity into Thursday night’s contest as they look to secure their first win on the young season.

Although the Jaguars couldn’t come out with the win in their last matchup with the Titans, their 2nd-year signal-caller in Gardner Minshew is off to a hot start in the 2020 campaign.

Over 300 yards passing and 3 touchdowns makes @GardnerMinshew5 the @RingCentral Player of the Game for Week 2. pic.twitter.com/9zGYTiCFK5

Minshew’s touchdown trifecta on Sunday makes him the first QB in Jaguars history to throw for at least three touchdowns in three consecutive games, dating back to last season’s Week 17 victory.

Through their first two games, Minshew is a top-3 quarterback in the NFL in Completion Percentage Above Expectation, which measures a quarterback’s performance relative to the difficulty of their throws.

The other two quarterbacks in the group, Russell Wilson and Lamar Jackson.

For Jaguars’ head coach Doug Marrone, having the game at home benefits the Jaguars greatly, especially on a short week.

Both teams will be hungry to get in the win column after they both suffered losses by a slim margin of 3 points in their last contests.

The two teams will clash in a Floridian battle this Thursday at 8:20 p.m. on NFL Network.