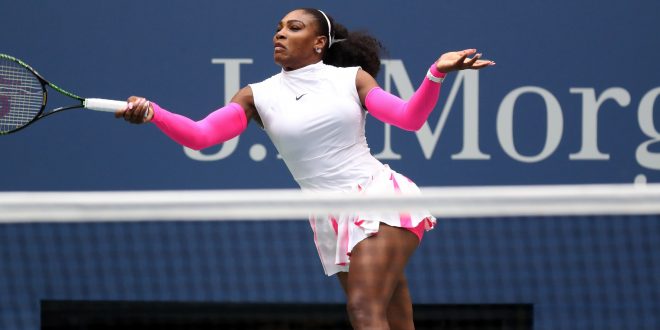 The 2017 Australian Open: A grand slam event that feels like a lifetime ago. This was the last time that Serena Williams, arguably the greatest female tennis player of all time, lifted a grand slam trophy.

For the last three and a half years, Williams has been vying to win her 24th grand slam title. Thus would tie her with Margaret Court for the most all time. Williams has never lost her desire to be the best. However, her priorities have definitely changed since that 2017 Australian Open Championship.

In September of 2017, Serena Williams gave birth to her first child, Alexis Olympia Ohanian Jr. In November 2017, Williams married co-founder of Reddit Alexis Ohanian. The birth of a child and getting married are two things that can certainly rearrange one’s priorities. However, over the course of the last three years, Williams has continued to declare her desire to keep going due to her love of the sport.

Just a few weeks ago, Williams was up a set in the semifinal of the U.S. Open against her rival Victoria Azarenka, before letting the match slip away in a 6-1, 3-6, 3-6 loss. Due to COVID-19 rescheduling, the French Open Championships was scheduled to begin just two weeks after the conclusion of the U.S. Open. This short length of recovery time makes it difficult for the players who made a deep run at the U.S. Open to also be successful at the French Open. This challenge proved too much for 39-year-old Williams. She was forced to withdraw ahead of her second-round match against Tsvetana Pironkova, citing an Achilles injury.

In a press conference after her withdrawal, Williams discussed what the near future will look like before she is ready to compete again.

While no retirement news is official, any injury at this stage of an athlete’s career is unpredictable. It is been 25 years since Williams player her first professional event as a 14-year-old at the 1995 Bell Challenge in Quebec. Williams cemented her legacy as one of the greatest in the history of the sport a long time ago, in addition to having earned enough money for multiple lifetimes.  That leaves the fans asking the question, what is she still playing for? Serena is the only one that can accurately answer that question.

Jason Myers is a dedicated sports journalist that covers the entire world of sports. Myers currently studies Journalism at the University of Florida, and will be graduating this upcoming May, 2021.
Previous Titans, Vikings close team facilities due to COVID-19
Next Brett Heggie Strong Against Ole Miss