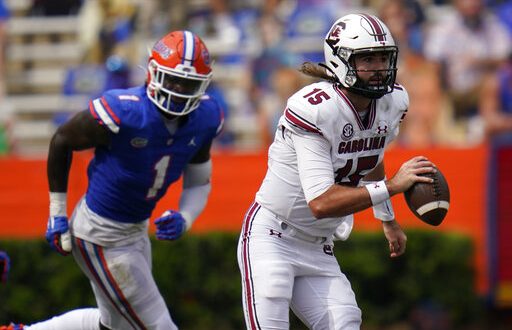 Cox has always been interested in Florida. Ultimately, he signed with his in-state Georgia Bulldogs. He spent his freshman year with Georgia but transferred to Florida last August. Despite being a transfer, Cox secured the No. 1 jersey without ever sporting the Orange and Blue in a game. Dan Mullen, along with his coaching staff, felt that Cox earned the coveted number after his attitude and dedication to the team.

While Cox was not thrilled about spending his first year as a Gator on the sidelines, the 6-foot-3 defender learned from it.  In the season opener at Ole Miss, the 250 pound defender recorded eight tackles and one sack. He also had a pass breakup that defensive lineman Gervon Dexter intercepted.

“We’ve just got to continue to develop the habits that allow him to make plays. The guy really wants to be a good player. The guy takes notes, he studies, he askes questions. As he continues to understand how we want him to play, the system and all that, he’ll get better,” –  Grantham

#Gators DC Todd Grantham says Brenton Cox Jr. has "more in the tank," but made plays vs. Ole Miss.

"As he continues to understand how we want him to play the system, he'll get better."

This time its personal

The game that Florida players and fans are most eager for is the Florida-Georgia matchup in Jacksonville. While the Gators may be pumped and ready for redemption and a chance at the SEC title, for Cox Jr. this game is personal.

He cannot wait to take on his former team. He is eager to get out on the field and attempt to finally silence the Bulldogs. While that game is not for a few weeks, the Gators do take on Texas A&M Saturday and for right now, the sophomore is fully focused on that game.