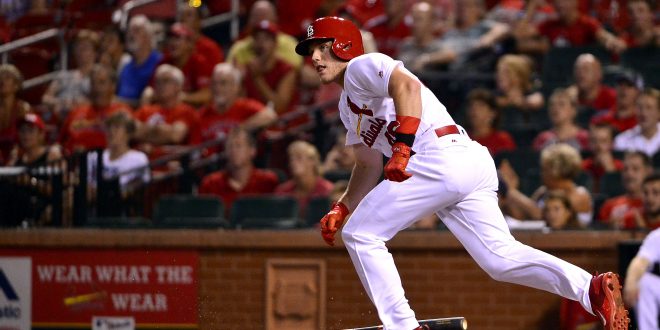 Former Gator Harrison Bader Reflects on Season with the Cardinals

Former Florida Baseball player and current St. Louis Cardinal centerfielder Harrison Bader just wrapped up his third season in the MLB after his team fell short in the playoffs.  St. Louis lost to the San Diego Padres in the NL Wild Card series.

However, Bader carried the Cardinals at times to the postseason with big hits at the plate. After being plagued by many hurdles throughout the 60-game season due to positive covid tests, it was a testament to St. Louis’ efforts to power through and secure a spot in the playoffs after many missed games and stop and starts.

Overall, it was clear the Cardinals were dealt with some of the hardest cards to play throughout this revised MLB season. Through Covid outbreaks and rescheduling of missed games, it was an uphill battle most of the way.

The team was forced into taking 17 days off. Close to 20 members of the organization were by COVID-19 in some capacity. And yet most notably, St, Louis was tasked with playing 53 games in just 44 days.

Bader said overall it was an incredible feat to make it to the Playoffs. However, the Cardinals lost Game 3 of the wildcard series to advance the Padres to the next round. The Cardinals came out strong in Game 1 of the series 7-4 but could not carry the momentum in the following two games.

Within the shortened MLB came many changes such as the expanded playoff series in the wild card stage. Similar to the College World Series concept, it allowed for more excitement and shakeups within the divisions.

For Bader, he thought it added an extra element of competition. It made it more interesting and gave more teams the opportunity to be more successful in the playoffs according to the centerfielder.

After the highs and lows that resulted from the unexpected journey through the 60-game season, it is understood that time away from the game could be healthy. Perhaps even much needed for players across the MLB.

Specifically for Bader, he differentiated the fatigue he felt mental versus the typical physical fatigue.

After the initial call on March 12 to the quarantines for the Cardinals during their outbreak in August, it is clear the emotional rollercoaster that players like Bader had to push through.

McKethan Stadium will always hold a special piece of Bader’s heart. However, the centerfielder said he is excited about the Gator’s new ballpark.

The tradition and history that Bader helped write a small piece of at McKethan Stadium won’t be forgotten by old and new Gators alike. But the future for all involved seems bright.