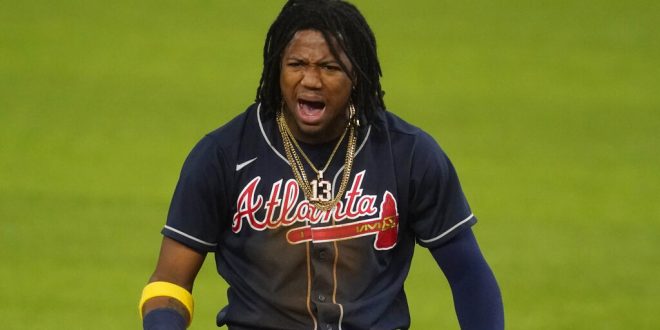 It wasn’t the ending they wanted, but it’s not the end for the Atlanta Braves.

The Braves stunned the baseball world when they pulled ahead 3-1 in the National League Championship Series over the heavily-favored Dodgers. However, Los Angeles returned the favor with three consecutive wins of its own. The Dodgers capped off the comeback with a 4-3 win in Game 7, sending the Braves home with thoughts of what could have been.

Atlanta held 2-0 and 3-2 leads in Game 7 but couldn’t hold on. Leading 3-2 in the top of the fourth with runners on second and third, a baserunning error resulted in a double play to end the inning. Enrique Hernandez hit a home run to tie the game in the sixth, and Cody Bellinger put the Dodgers ahead for good with a blast of his own.

Best is yet to come for the Braves

The plus side for Atlanta is that it still has an abundance of young talent. Ronald Acuna, Ozzie Albies, Cristian Pache and Austin Riley are all below the age of 25. All of them will likely be the backbone of the team’s offense moving forward.

Christian Pache joins Ronald Acuña Jr., Andruw Jones, and Brian McCann as the only @Braves players with a #postseason HR before turning 22. pic.twitter.com/mLG6Vc3SiZ

Plus, the Braves will also have pitcher Mike Soroka returning to the rotation after missing almost the entire 2020 campaign. He only pitched 13.2 innings in 2020 before suffering a torn Achilles. Soroka was 13-4 with a 2.68 ERA in 2019 and made the NL All-Star team.

For all of the young talent that Atlanta possesses, there is still more on the way. MLB.com ranked the Braves’ farm system as the eighth-best in the league in March.

Anderson and Pache thrived this season as rookies, and the Braves still have two more top-100 prospects in outfielder Drew Waters and catcher Shea Langeliers. Combine a strong prospect pool with plenty of young stars, and it’s clear that the Braves are still threats in the National League.

While the collapse against the Dodgers stings, the future still looks bright for the Atlanta Braves.