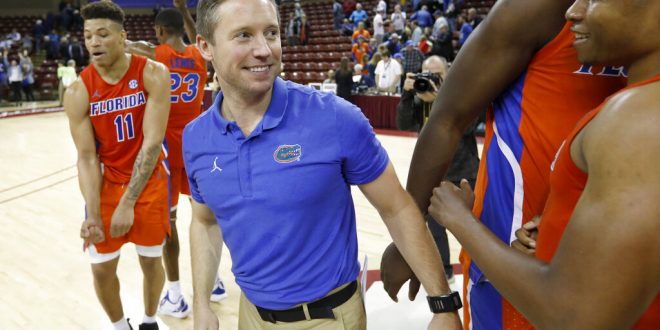 Even before Head Coach Mike White made contact with Lane, he knew he would fit in with the program. The guard told his friend in his sophomore year of high school that he would go to Florida if they wanted him. Then, in his junior year that the Gators actually reached out to him.

The freshman connected with White and his style of coaching. Lane particularly noted White’s drive for wins and championships, which he also shares. He knew that he would fit in with the program both on and off the court.

This year, Florida’s basketball team is putting a big emphasis on team culture. Players are even required to take and achieve a perfect score on a culture quiz. Lane is leaning into the culture here at UF, though.

The guard said that due to the COVID-19 pandemic, the team is closer than any team he has been on in the past. COVID-19 regulations and guidelines limit outside exposure. So, the team really only spends time with each other. Lane says that this isn’t a problem, though. In fact, he thinks it impacted the team and their culture in the most positive way possible.

One of the most important places for Lane to fit in with this Gators team is on the actual court. Lane himself thinks that his role on this team is pretty clear for this year.

Lane’s specialty is defense, which could significantly help this year’s Florida team. As a four-star recruit, he was sought after for his on-ball defense and his ability to rebound. If Lane can bring that same style of play to the Gators, fans can expect better results from the team.

Florida’s basketball season is set to begin on Nov. 25.