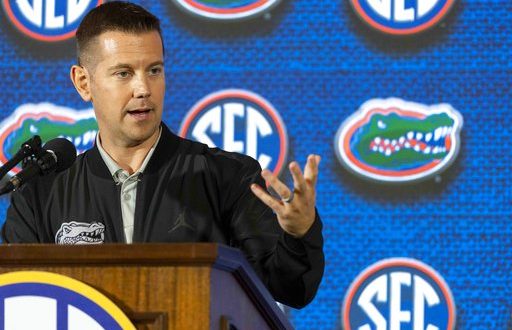 Who is Emily Sullivan?

Sullivan is a grad transfer from the University of North Carolina where she studied Broadcast Journalism. After transferring to UF, she is mastering in journalism and communications and hopes to work in sports social media.

Excited to play for Florida

In a press conference on the No. 19, Sullivan talked about how excited she is being at Florida. She said she is “looking to be that puzzle needs.” Sullivan further talked about the player she is, a post player who will often be seen in the paint.

The six-foot-four forward missed much time in her last two years at North Carolina due to injury. She missed the entire 2018-2019 season and played just nine games in the 2019-2020 season before not playing against because of injury. Coming to Florida, however, Sullivan said she is “100% healthy.”

Despite being sidelined for so long, Sullivan was able to look on the bright side and see how it helped her improve her game. During that time, said she was able to “see the game and learn the game from a different perspective.”

Coming from North Carolina, Sullivan had to adjust to the new offense that head coach Cameron Newbauer runs. She called it a “fast paced offense” that she said is “a lot of fun to play in”.

In the press conference, Sullivan also spoke about the reasons she chose to play at the University of Florida. She said it was because of the relationships she has with the staff and the quality of the team.

Jensen Young is a journalism student at the University of Florida. He works as a sports writer for WRUF.com and is the voice of trendings on Wednesday mornings on the WRUF radio station.
@Jensen_Young9
Previous Mullen preparing for Kentucky and the return of Kyle Pitts
Next Week 11 in the NFL: Joe Burrow suffers season ending injury, Taysom Hill debuts with Saints 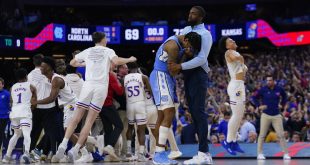