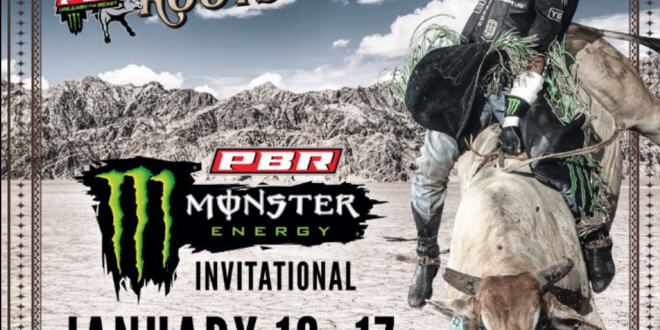 The next stop on the Professional Bull Riders circuit is the PBR Monster Energy Invitational, January 16th-17th in Ocala, Florida.

The PBR Elite Unleash the Beast series opens their 2021 season this weekend in Ocala, FL. The two-day event will feature 30 of the world’s best bull riders.

The event, a part of the American Roots Edition of the Elite Unleash The Beast, is the first of its kind. For the first time in history the Professional Bull Riders circuit is coming to Ocala. Taking place Jan. 16-17 at the Southeastern Livestock Pavilion in Ocala, FL.

The Professional Bull Riders organization based out of Pueblo, Colorado was founded in 1992. In addition, the organization has been televised by CBS and the CBS Sports Network since 2012.

Earlier today on Sport Scene with Steve Russell, Chandler, the 30th ranked bull-rider in the world, discussed his love of the sport, and the injury struggles he has had to overcome to continue living his dream.

Chandler was introduced to the sport at a very young age, as his father was an amateur bull rider. At the age of 13 Chandler’s father met 2009 Ring of Honor Inductee J.W. Hart at a youth rodeo. Having confidence in his son, Tye’s father approached Hart to see if his son could practice at the Hart Cattle Co. ranch in Oklahoma. This was the start of a three-year mentorship.

Chandler frequently made the journey to Oklahoma try his hand at some of the outfit’s practice stock. One of the most important lessons he remembered taking away from his time with Hart is how to control his free arm.

To see Chandler and the rest of the top bull-riders in the world compete live at PBR Monster Energy Invitational, tune in to the CBS Sports Network Saturday at 10 p.m. ET.

Jason Myers is a dedicated sports journalist that covers the entire world of sports. Myers currently studies Journalism at the University of Florida, and will be graduating this upcoming May, 2021.
Previous Ravens Momentum Builds With Sixth Consecutive Win and Wild Card Round Victory
Next AFC Football: The Buffalo Bills host Lamar Jackson and the Ravens Saturday in hopes to extend Playoff Run