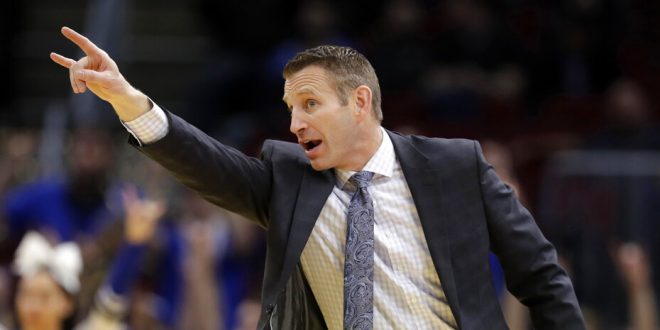 The SEC men’s basketball season is in full swing, and Wednesday will see three games on the hardwood.

The Gators men’s basketball team will kick the night off at 6:30 p.m. against South Carolina. This will be followed by LSU traveling to Tuscaloosa to battle No. 10 Alabama, and Kentucky taking on No. 18 Missouri. Both games will tip at 7 p.m.

The showdown between the Tigers and the Tide is a critical one in the conference standings. Alabama (14-4) has asserted its self as the top dogs in the conference, and are undefeated in conference play (9-0). It did, however, see its 10 game winning streak come to an end on Saturday against No. 9 Oklahoma 66-61.

Due to the Crimson Tide’s top-notch record, only a few teams remain within striking distance of them. One of those teams, though, is LSU.

The Tigers (11-5) maintain a 6-3 SEC record, however, they have struggled of late. They are coming off a tight home loss to No. 13 Texas Tech on Saturday and have lost three of their last four. This included a 105-75 home loss to Alabama on Jan. 19.

With a victory, Alabama will have the season sweep and be four games up on LSU, therefore making its chances of an SEC Championship all the more likely. The last time ‘Bama was conference regular season champs was 2002.

Alabama coach Nate Oats touched on some areas the team needs to improve upon heading into the last month.

600 miles north of Tuscaloosa, the Kentucky Wildcats will look to turn around their struggling season when they travel to Columbia, Missouri, to take on Missouri. Since beating Florida on Jan. 9, the ‘Cats (5-10, 4-4 SEC) have lost four out of their last five.

Their last scheduled game, at No. 6 Texas, was postponed. Kentucky’s chances of making the NCAA Tournament seem slim at the moment. The last time Kentucky missed the tourney was 2009.

No. 18 Missouri has been much more fortunate this season. The Tigers (11-3, 4-3 SEC) have won four of their last five, including a thrilling overtime win over TCU on Saturday. Mizzou has to be careful not to overlook John Calipari’s squad before a critical game on Saturday against Alabama, a game that could decide who wins the SEC.

Action from Columbia can be seen on ESPN2, and ESPNU will broadcast the battle from Tuscaloosa.