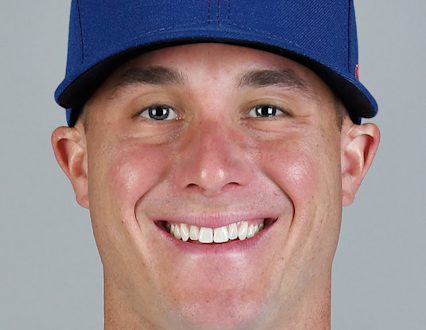 McCann Set to Begin Season with the Mets

The New York Mets newest addition, James McCann, addressed the media for the first time during spring training about his excitement for the season with his new team in a zoom conference Tuesday.

The former native American League Central player was asked how he felt about his switch to the National League East. His response was simple, “It’s a really tough division, but I really like our team that we have and I look forward to what’s ahead for us.”

The challenges of getting accommodated with a new team and working through the COVID-19 pandemic also came into question. McCann spoke on “being in communication with our coaching staff throughout the offseason in order to learn our staff so I could come into spring training already prepared.”

He also touched on how the pandemic has made it hard to connect with teammates as usual but said their use of facetime and zoom will hopefully make up for time lost during these times.

The Mets bring big opportunities for McCann. The backstop mentioned he is excited to work with the former Met’s catcher, Brian Schneider. It will be the first time he is able to work with a former player in his position on the big league coaching staff.

Connecting with the coaching staff is only half the challenge. McCann was asked if he felt any pressure being behind the plate for one of the best pitchers in the league, Jacob deGrom. McCann said that he had spoken with deGrom earlier Tuesday and said he would get on the same page with his ace. He was not shy when admitting he would “probably annoy him” due to the number of questions he will ask to have success in doing so.

When being asked what he felt his new teams’ strengths were, McCann answered, “I really like our rotation and the depth in our lineup, but I don’t want to pick one particular strength because I believe we do so much well. The pieces have been put in place here with a lot of guys who do the little things well.”

He also brought up that he felt that depth on a roster was very important and the teams that have the most depth are usually the most successful.