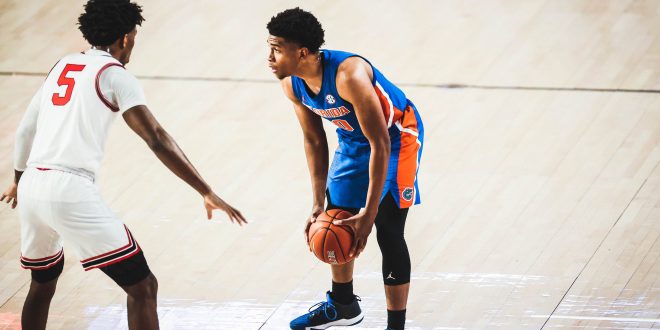 Gator’s Men’s Basketball hosts the Georgia Bulldogs in their final meeting for the regular season.

Entering this match up, the Gators look to bounce back from a tough 84-75 loss against no. 24 Arkansas. Arkansas native Tyree Appleby stepped up for the The Gators with 16 points but was not enough to take down the intensity the Razorbacks brought to the contest.

Florida takes on Georgia in the O’Connell center. This will be the second these two teams have met this season.  The Gators met with the Bulldogs on Jan. 23 taking a road trip to Athens where Florida defeated Georgia 92-84.

Leading the Gators in scoring is sophomore guard, Tre Mann averaging 14.1 points per contest. Mann stood out drastically for Florida against Georgia in their last meeting.

This is a big time game for Florida because a win over Georgia will increase their chances of entering the NCAA tournament. At all cost, the Gators need to win out from here on out.

The Bulldogs enter this game with an impressive win over a top-25 team. Defeating No. 20 Missouri Tigers 80-70.

Georgia is under head coach Tom Crean who is been with the program since 2018. The Bulldogs are led on court by leading scorer K.D Johnson who is averaging 13.7 points per game. Alongside him are teammates Sahvir Wheeler with 13.5 and Toumanu Camara 12.7 per game.

Sahvir Wheeler also currently leads the SEC in assist per game with 7.0 per.

Tip off between these SEC teams is set for 3:30 p.m. in the O’Connell Center.

Back in action on the road.