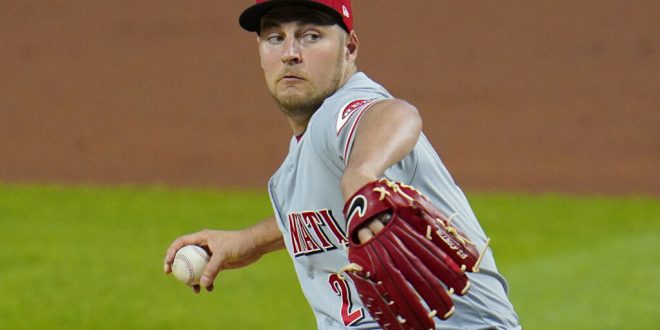 FILE - In this Friday, Sept. 4, 2020 file photo, Cincinnati Reds starting pitcher Trevor Bauer delivers during the fourth inning of the second baseball game of a double header against the Pittsburgh Pirates in Pittsburgh. Trevor Bauer's agent says the pitcher is rejecting the Cincinnati Reds' $18.9 million qualifying offer. The right-hander, who turns 30 in January, was given the offer on Sunday, Nov. 1, 2020 and had until Nov. 11 to make his decision. (AP Photo/Gene J. Puskar, File)

It always seems to be that the rich get richer throughout baseball history, and that was exactly what happened when the Los Angeles Dodgers signed defending National League Cy Young winner Trevor Bauer on Feb. 11 to a three-year, $102 million contract.

Bauer’s decision to sign with the defending champion Dodgers shocked the baseball world and reinforced the sentiment that LA is the team to beat this season.

The Los Angeles native addressed reporters from the Dodgers spring training site in Glendale, Arizona, Tuesday. Bauer spoke about his pitching adjustment in Los Angeles, and how it feels to play in front of fans again.

Bauer is joining an absolutely loaded Dodgers staff. It is a rotation that includes three all-stars (Clayton Kershaw, David Price and Walker Buehler) and two Cy Young winners  (Kershaw and Price). The lineup is better than the one that won the title last season due to the signing of Bauer and the return of David Price, who sat out last season.

How great is the #Dodgers rotation?

It is because of those factors that Bauer’s integration into LA’s rotation has been slow. Bauer expects his workload will increase, however, as spring training progresses.

In 2020, Bauer, in his first full season in Cincinnati, had a breakout campaign. The 30-year-old finished with a 5-4 record and a 1.73 ERA in 11 starts and helped lead the Reds to the playoffs, where it got swept by the Braves. Bauer was the clear-and-away Cy Young winner and received 27 of 30 first-place votes. He entered the offseason as one of the most sought-after free agents in recent memory. He was widely expected to sign with the New York Mets, which had already made a splash by trading for Francisco Lindor and had the cash to sign Bauer. But Bauer decided to sign with the Dodgers, but only after teasing Mets fans that he was going to Flushing. Despite the late signing, Bauer said he feels good about his pitching thus far.

We can get used to this. @BauerOutage was locked in for his debut in blue. pic.twitter.com/24314uF11W

Playing in front of fans

Bauer, and most players, must get readjusted to this season is playing in front of fans. All MLB games last season (except for the NLCS and World Series) were played behind closed doors. This season will be completely different. While fan allowance will vary when teams return to their home cities, all 30 spring training sites in Florida and Arizona allow spectators. Camelback Ranch, where the Dodgers play, are permitting 2,400, about 20% of the usual capacity. Bauer said it felt different but exciting, to see human faces, instead of cutouts, in the stands.

Bauer has earned a reputation in his first nine years in the league. He’s engrained himself in everything from drones to social media controversies. He is even quoted in 2019 to Sports Illustrated saying that, “I’m good at two things in this world: throwing baseballs, and pissing people off.” One thing is certain, however. If Bauer can stay on the right path, he makes the Dodgers the undisputed World Series favorite. The Dodgers would be the first to do so since the Yankees won three in a row from 1998-2000.