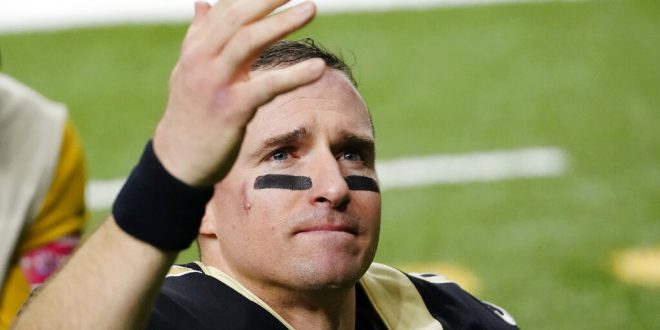 After 20 seasons in the NFL, former Saints quarterback Drew Brees announced his retirement on Sunday. Brees posted a video to Instagram of his four kids (Baylen, 12, Bowen, 10, Callen, 8, and Rylen, 6) saying he was finally retiring so he could spend more time with them.

After 20 years in the NFL, the last 15 with the Saints,
Drew Brees announced his retirement today.

15 years ago today Brees agreed to terms with the Saints, the start of a relationship that has been bountiful for No. 9, the team & the Gulf South ⚜️#ThankYouDrew pic.twitter.com/MCvj4P1R7u

Why Did Brees Announce Retirement on March 14th?

After his last game against Tom Brady and the Buccaneers on January 17, football fans didn’t know if that was the last time the superstar quarterback would take the field. Almost two months went by without an official decision released by Brees or the Saints. Why would Brees wait until March 14 to announce retirement?

Brees waited to end his career on the day his career with the Saints began.  Fifteen years ago on March 14, 2006, Brees signed his six year, $60 million contract with the Saints that included an $8 million signing bonus. ESPN Senior NFL Insider Adam Schefter said Brees’ decision to announce his retirement on the 15-year anniversary of his signing may have been a symbolic one.

Brees was drafted by San Diego in the second round, 32nd overall, of the 2001 NFL Draft. Needless to say, people underestimated his talent and skill then. Brees wasn’t the typical height of what an NFL quarterback looked like.

In his first five years with 59 games under his belt, Brees threw for 12,348 yards, 80 touchdowns and 53 interceptions for the Chargers. In what would be his last snap as a Charger, Brees suffered a shoulder injury after trying to recover a fumble. The injury left the Chargers skeptical of the quarterback’s ability to play for the team. Therefore, Brees signed with the New Orleans Saints in 2006.

To top it off, Brees won Super Bowl XLIV in 2009 after defeating the Indianapolis Colts. He was the MVP of the game as well.

If this is it for Drew Brees, we have just finished witnessing one of the most remarkable careers in NFL history.

While we may not see Brees on the field, he is still staying close to football. He announced Monday that he will be joining NBC Sports as a football analyst.

Although we will miss seeing this quarterback legend play, his new career is just beginning.

Kaitlyn Wadulack is a third-year journalism student specializing in sports and media at the University of Florida. You can reach Kaitlyn at k.wadulack@ufl.edu
Previous 2021 NCAA Women’s Basketball Tournament Field is Set
Next Gators Travel to Tallahassee to Play FSU