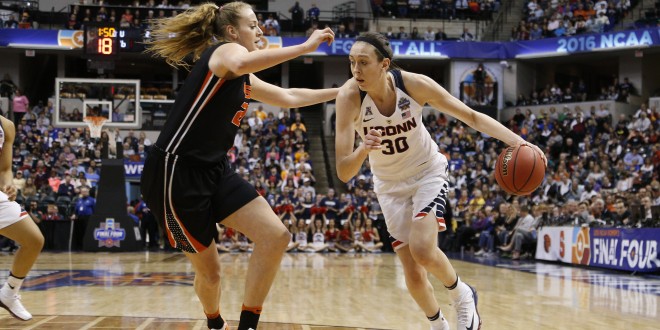 It is now day two of the NCAA Women’s Basketball Tournament with games running from noon till 10:00 p.m. today.

There were little mistakes made for No. 1 seed UConn in the River Walk Region.

Freshman Paige Bueckers (UConn) scored 24 points in her first NCAA Women’s Basketball Tournament . The national freshman of the year contender was 9-for-13 from the floor and was one rebound away from a double-double. It is believed to be the most points a UConn freshman has scored in a tournament debut. Bueckers also added six assists, four steals and two blocks.

Aaliyah Edwards, another of the team’s seven freshmen, came off the bench ready for business as she proceeded to score 17 points on 8-for-12 shooting with 12 rebounds.

Here’s a look at some of the top plays from yesterday.

Here is a closer look at what the most popular player in college basketball right now, Caitlin Clark (Iowa) brought to the table yesterday. After finishing the regular season as the national scoring leader (26.7 ppg), she entered her first tourney game with all eyes on her, and she came prepared.

Clark has averaged seven points more per game than star UConn freshman Paige Bueckers and currently leads the country in points per game. If she ends the season as the leading scorer she’ll be the first freshman to be the top scorer in women’s college basketball since 2009-10.

The second round of the tournament will continue into Wednesday. Sweet 16 will start on Saturday and the championship game will occur on April 4.