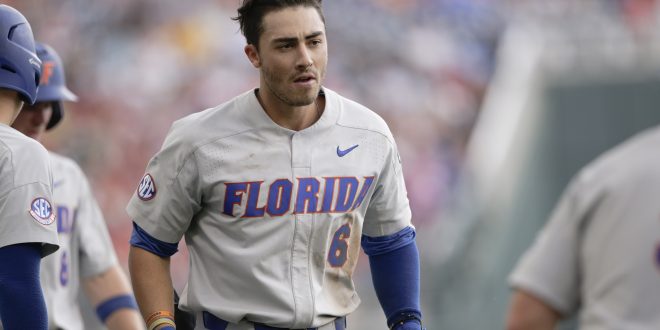 It’s opening day in Major League Baseball and another former Gator will his mark in the pros as Jonathan India joins the Cincinnati Reds opening day roster.

India played for the Gators from 2016 to 2018. He was an SEC First Team All-Freshman in 2016 and helped the Gators to their College World Series Victory in 2017. He then won the SEC Player of the Year Award, hitting 21 home runs before being signed by the Reds in 2018.

As the Reds No. 5 ranked prospect, India spent time at the alternate site last year. He moved into the vacant second base position during spring training and hit .313/.441/.604 with three homers, two steals and seven walks in 59 appearances this March.

“It’s a crazy feeling,” said India of making the team. “It’s something I’ve dreamed about since I was 4-years-old playing this game. To be in this position right now still hasn’t hit me. It won’t really hit me until tomorrow when we’re under the lights and playing.”

India is the first Reds second baseman to make his Majors debut on Opening Day since Pete Rose in 1963. He will wear the number 6, the number he has worn throughout his career including his time with the Gators. He is the youngest player on the Reds’ active roster at age 24.

India joins a host of other former Gators on active rosters at the start of the 2021 season.