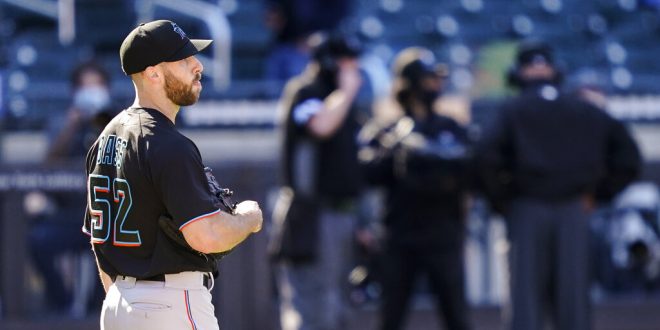 Citi Field hosted fans in the stadium for the first time in 557 days and it was a homecoming that couldn’t be scripted.

With bases loaded in a tie game in the bottom of the ninth, Michael Conforto was hit by a pitch to bring in the winning run as the Mets beat the Marlins 3-2. It can be argued that Conforto leaned into the pitch. You be the judge.

The Mets just won on a walk-off hit-by-pitch.

The Marlins tried to argue that Michael Conforto leaned into the pitch, but that is not reviewable. pic.twitter.com/TMYrO80odM

As can be seen, by the strike zone, Anthony Bass’ slider clearly caught a good portion of the zone. Nonetheless, Umpire Ron Kulpa awarded the hit by pitch. Also, it can be seen Kulpa was initially calling a strike but changed his decision. This added to Marlins Manager Don Mattingly’s frustration.

As Mattingly alluded to, this call is nonreviewable. It’s unfortunate cause many involved, including the Mets’ announcers, believe the Marlins were wronged.

“He knows it was a strike. And there was nothing— He couldn’t go backwards.”

Despite the tough loss, Mattingly knows Marlins have to move on. With a 1-6 start, Miami currently has bigger fish to fry.

I just spoke to umpire Ron Kulpa as a pool reporter. He admitted he didn't call it correctly: “The guy was hit by the pitch in the strike zone. I should have called him out.”

This game had quality starting pitching and good bullpen relief, for the most part. Dominic Smith’s sacrifice fly in the fifth scored the game’s first run and the Marlins would put up two in the top of the sixth. Then, the ninth inning ensued chaos.

Jeff McNeil would tie the game with this birthday bash and a beautiful bat flip to go along with it.

JEFF MCNEIL TIES THE GAME IN THE 9TH!!!!!! pic.twitter.com/0CXGrYBNDZ

Bass would then go onto load the bases before Conforto’s at-bat. Unfortunately for Bass and the Marlins, this isn’t the first time in this early season he’s been in late-game trouble. He gave up four runs in the top of the ninth in the second game of the year against the Tampa Bay Rays. This is already his second-blown save of the season.

Despite the rough call, there are areas that the Marlins need to work out to right these early-season woes. The bullpen has struggled at times and the team is having trouble producing runs consistently. However they fix it, if they do, this controversial call is an embodiment of the Marlins’ first seven games.

The teams are off today before they get back to tomorrow at 1:10.

Previous No. 1 Gators Men’s Tennis Hits the Road for Last Regular Season Matchup
Next Oladipo Exits With Injury During Heat Victory Over Lakers 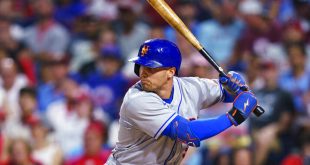 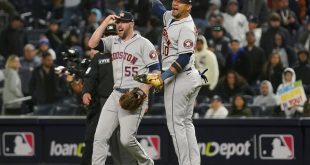