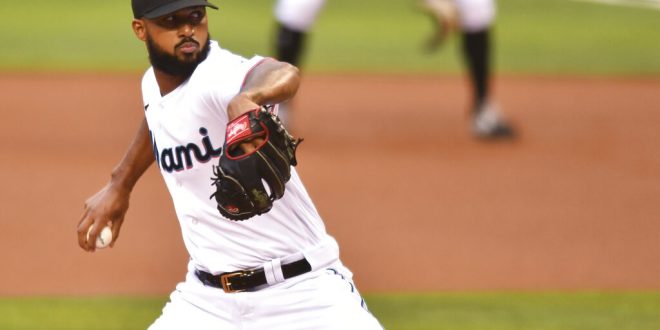 The Miami Marlins have had a rough start to the 2021 season. They ended a four-game losing streak on Saturday with a 3-0 win over the New York Mets. Starting tonight, the Marlins will look to build off that win during their four-game series against the Atlanta Braves. First pitch is set for 7:20 p.m. ET.

It’s still too early into the season to declare an identity on either of these teams. At 4-5, the Braves have had the better start to the season. However, both teams are very similar statistically. So far, Miami has averaged three runs and allowed four per game. The Braves have earned four runs and allowed 3.7 per game. The Similarities don’t end there.

The Marlins averaged seven hits a game, while the Braves are averaging 6.8. The batting average for Miami is .215, which is slightly better than Atlanta’s .214.

Here's how the #Braves will line up tonight vs. the Marlins.

These teams are statistically close in many areas, but there is one big reason why the Braves have the better record. Despite averaging fewer hits a game, Atlanta has made theirs count. Tied for third in the league, the Braves have hit 14 home runs so far this season.

Miami is towards the bottom of the league with only three to this point, which is tied for 29th in the league.

Acuna, the 23-year-old right fielder is coming off an incredible performance during the series against the Phillies. He is tied for first on the team with four home runs and has an incredible .444 batting average on the season.

He’s clearly the star of this team and poses a huge problem against the Marlins.

Sandy Alcantara dominating on the mound

If Acuna struggles during this series, it could be because of Alcantara. The 25-year-old pitcher is quietly having one of the better starts this season. So far, his ERA is 1.50.

Alcantara will have the chance to pitch against Acuna for this first time since the NLDS in the 2020 season, where the was plenty of drama.

Sandy Alcantara drilled Ronald Acuña with a 98 MPH fastball and the two of them got pretty close to one another after it happened pic.twitter.com/GdOvNfYLHH