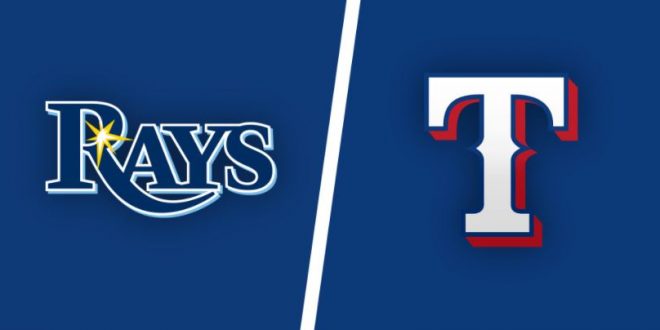 The Tampa Bay Rays dropped game three against the Texas Rangers with a 5-1 score. They will try to split the series when they host the Rangers for the last game of their four-game series.

Tampa Bay came out on top when these two teams first met on Monday. But Texas went on to take games two and three.

Game three spectators saw Josh Fleming‘s season debut as he started on the mound for the Rays. He allowed one run on four hits in the five innings. Fleming also finished the game with two strikeouts.

Last season, Fleming finished the season with a 5-0 record and a 2.78 ERA in seven appearances.

He allowed two singles and a double over five, scoreless innings in his third start since signing with the Rangers. Arihara previously played with the Hokkaido Nippon-Ham Fighters of Japan’s Pacific League.

He finished the game with three hits and five strikeouts.

Ex-Tampa Bay Ray player Nate Lowe scored a solo-homer on his ex-teammate’s pitch. Lowe was traded from the Rays to the Rangers in December.

“If anyone’s going to get a hit or a home run or whatever it may be, it better not be him. And sure enough, he’s the one to take me deep,” Fleming said. “But that how it goes sometimes.”

Both the Rays and the Rangers are now 5-7 on the season.

Jordan Lyles is set to start on the mound for the Rangers. He is 1-0 this season in two starts this season, with a .450 ERA.

The Rangers currently have a .229 batting average while averaging 4.1 runs per game as a team.

Leading the team is outfielder Joey Gallo with a .471 on-base percentage. Lowe has four home runs and 15 RBI, both team-highs.

Tampa Bay will send left-handed pitcher Rich Hill to start on the mound. Hill played with Minnesota last year, where he recorded a 2-2 record with a 3.03 ERA.

The Rays are averaging 4.1 runs and batting .221, both placing 22nd in the MLB. Leading Tampa Bay is second baseman Joey Wendle with a .303 batting average eight RBI.

First pitch for game four of the series is set for 7:10 pm.

Camila is a senior at the University of Florida, who served as a beat writer for the women's basketball team from 2019 until the 2021 season. She was also a beat writer for the Gators football team during the 2020 season. Camila is also WUFT's news director as well as a sports reporter/anchor.
@CamilaMaffuz
Previous UCF Blanks Gator Softball 7-0
Next Magic Snap Six-Game Skid, Beat Bulls 115-106