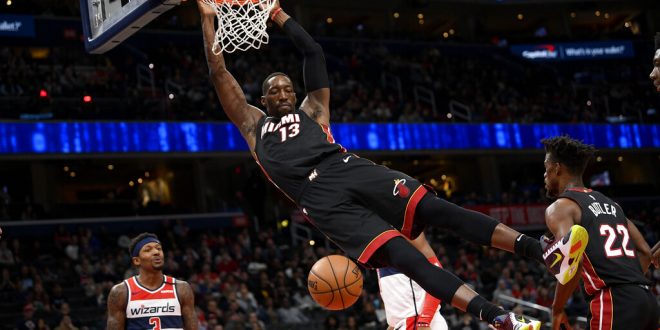 This game broke Miami’s three-game losing streak. It pushes the Heat one game over .500, putting them as a seventh seed in the eastern conference. Miami is 4-20 when allowing 109 points or more, 24-8 when holding teams to 108 or fewer. This game was right at the line they wanted it to be.

Following the game, Bam gives a breakdown of what happened on the final play and what was going through his head.

Jimmy Butler was not available for this game because of a right ankle sprain. Forcing someone on the Heat to step up. Adebayo did just that. Miami also took advantage of no James Harden or Kevin Durant, who left the game in the first quarter with a left thigh contusion.

Brooklyn’s head coach, Steve Nash, had this to say about his resilient team playing without two of their all-stars.

This game-winner came after Jimmy Butler called his team out for playing “soft,” earlier this week. In an interview, Butler said this about Bam.

Maybe that was the wake-up call Miami needed. It clearly motivated Bam who has serious skills and Jimmy knew that. He just needed to push him a little bit.

Bam’s game has improved immensely since entering the league. Here are his thoughts on how he has improved his skillset through the years:

His improvement is represented on both ends of the court and in the clutch.

Along with the buzzer-beater, Bam Adebayo held the Nets to 3-17 shooting as the primary defender today.

Kyrie Irving was 0-8 when guarded by Bam. pic.twitter.com/wySl1M1FWa

What’s Next For The Heat

Miami will host the Houston Rockets (15-42) tonight as the eastern conference champions of 2020 continue to push for the playoffs.