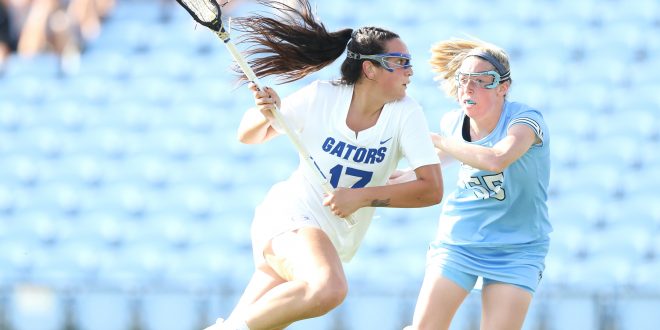 The sixth seed Florida Gators lacrosse team (16-2) takes on the Mercer Bears (7-7) in the first round of the NCAA Tournament. Florida will host the Bears from Donald R. Dizney Stadium first draw starts at 4 p.m. on Friday. This will be the first time both teams meet in team history.

Florida is coming off their seventh straight tournament championship and their eighth overall in Gators lacrosse history. The Gators are 8-9 in the NCAA tournament.

Senior defender Kaitlyn Dabkowski will be a dominant force on the defensive end as she leads the team in caused turnovers with 31. In addition, freshman goalie Sarah Reznick leads the team in saves with 132 this season.

Florida should have the advantage over the Bears as the Gators are favored in multiple categories.

Mercer entered the tournament after winning their third consecutive Southern Conference title. They upset the No. 2 seed Coastal Carolina and the No. 1 seed Furman Paladins.

THE BEARS ARE HEADED TO GAINESVILLE ‼️ pic.twitter.com/90PjJau52K

The Bears are 0-2 this season against ranked opponents and have a 7-7 overall record. Erin Degnan controls the draw circle for the Bears, coming up with 41 draws this season.

Mercer should have a great offensive attack against a tough competitor in the Gators defense Friday afternoon. Goalie Iseabal Cryne leads the team in saves with 103. Cryne will have a challenge against a dominant Florida offense that’s great at getting the ball in the net.

The winners of this matchup will face Jacksonville University or Vanderbilt on Sunday at 12 p.m.