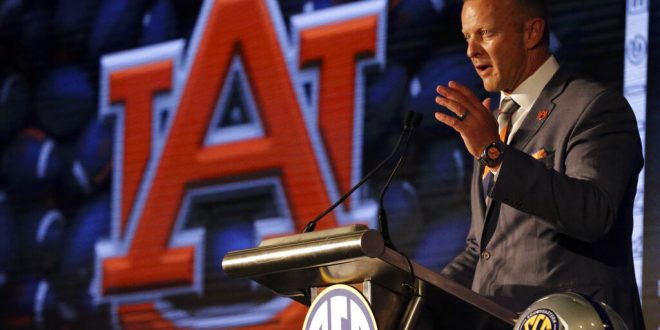 Since the last BCS loss, the Tigers have gone 32-26 in conference play. A far cry from interstate rivals Alabama at a 54-5 clip.

The goal for Auburn is simple. Win. And Win consistently.

“We will begin a search immediately for a coach that can help the Auburn program consistently compete at the highest level,” Allen Greene Director of Athletics for Auburn said.

Dreams of SEC Dominance Once Again

A new era on The Plains. pic.twitter.com/yWiI8tDq7K

As a matter of fact, there is plenty of reason for optimism. Bryan Harsin comes from Boise State, a program that never saw a losing record under his tenure. Additionally, it seems as though Harsin continues to kindle a fire under starting QB Bo Nix.

“…we’re not scared of Alabama. I know that a lot of people want us to be scared, but we’re really not,” Starting QB Bo Nix said.

The Iron Bowl is set to commence on Nov. 27. Led by Bo Nix and Coach Harsin the Tigers look to try to berth their first appearance in the College Football Playoffs this season.

Ethan Sanabria is a second-year telecommunications student on the digital film and television production track at the University of Florida's College of Journalism and Communications. He has previously worked as a broadcaster for the Florida Flight basketball team and currently helps the production of WUFT news facebook lives. You can reach Ethan on any of his social media or at Ethansanabria@ufl.edu.
@ethansanabria
Previous Arkansas at SEC Media Days
Next Keyontae Johnson Hosted a Youth Basketball Camp In Gainesville Over the Weekend