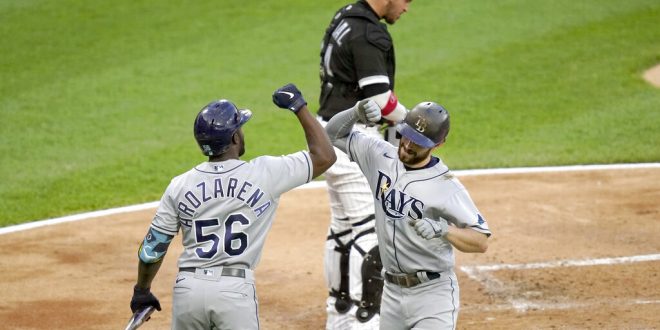 The Rays, who currently hold the best overall record in the American League, add more players to their already full injury list. Despite many players out, Tampa Bay shutout the Chicago White Sox 9-0 on Sunday.

Injuries do not come as a surprise to the Rays, who currently have 13 relievers on the injured list. However, about an hour before first pitch Nelson Cruz was a late scratch Sunday afternoon due to being placed on COVID-19 injured list. The seven-time All Star was not the only unfortunate lost the hot-hitting Rays saw. First baseman Ji-Man Choi was unable to continue after one inning of play due to unexpected left hamstring tighten.

Chris Archer’s return to the mound didn’t go as smoothly as expected. With just two innings played, Archer departed the game after experiencing hip tightness in his left leg.

#Rays Archer exited due to left hip tightness, same issue that knocked him out of 8/1 rehab start for Durham

How did the AL East leaders pull out the win? Quite simple. A three-run double by Francisco Mejía accompanied by shutout pitching was enough for Rays to capture the series finale. They improve their season record to 77-48.

With the victory, Tigers gain some ground in the AL Central standings just three games behind the Cleveland Indians.

Adding to an already stacked resume, Miguel says he wasn’t thinking about hitting a home run and appreciates the cheers from the Toronto fans.

Nonetheless, joining the 500 home run club puts Cabrera amongst great company–Babe Ruth, Ted Williams and Hank Aaron to name a few. Hinch also shares how proud he is of his player.

In his 19th season, Cabrera still has milestones to hit. Next on the horizon is the 3,000 career hits club.

Both the Tigers and the Rays have a day off today. Detroit will travel to face the St. Louis Cardinals on Tuesday. As for Tampa, they travel to Philidelphia for a two-game series. 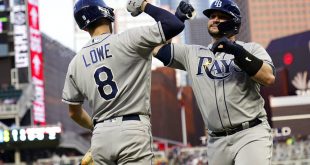