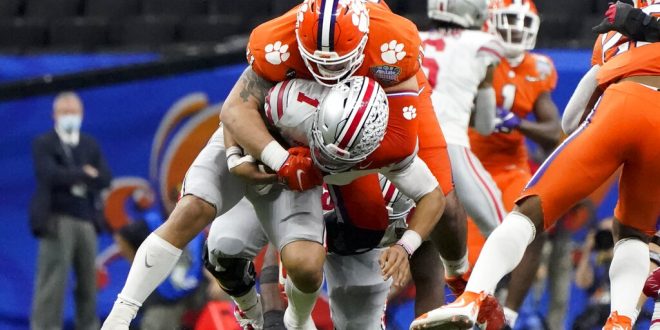 When the SEC announced that Texas and Oklahoma would be joining the conference in 2025, the news sent shockwaves through the college sports landscape. After watching the SEC seemingly try to monopolize college football by taking the two biggest universities from the Big 12, many wondered how the other Power Five conferences would react. On Tuesday, they made their move. In a joint zoom call, the three conference commissioners from the ACC, Big Ten and Pac-12 announced that the conferences would be joining together in a new alliance.

“A Shared Set of Values”

In the announcement, Big Ten commissioner Kevin Warren discussed why the alliance needed to be formed. Maintaining a set of values was one of the main reasons for the alliance. With Texas and Oklahoma reportedly planning their moves behind closed doors, the commissioners are likely hoping for more transparency in the years to come.  With rumors flying of the SEC trying to acquire Clemson, Florida State and Ohio State as well, this alliance could be used to help block SEC commissioner Greg Sankey from adding any more teams. New Pac-12 commissioner George Kliavkoff discussed the potential benefits of the alliance.

The goals of the alliance were at times vague; still, striving to maintain academic integrity, a clear direction of leadership and holding the NCAA structure intact were the clear goals of the trio. The college football landscape is entering a new era with NIL legislation and playoff expansion, so the three conferences are hoping to avoid complete chaos.

Sticking Together in Alliance

The commissioners never directly referenced the SEC. The news of the conference’s expansion to 16 was the elephant in the room during the entire announcement. ACC commissioner James Phillips mentioned that the sport would not be as successful without the joint collaboration of every conference.  The commissioners hope that this alliance can continue to benefit the organizations.

The future of the Big 12 appears unclear now that it has lost its two biggest programs. Phillips made a point to reference the Big 12 and send a message of reassurance. It is still unknown if the Big 12 will actually manage to stick together; still, the alliance of the other three conferences has made its stance on the matter known.

The SEC made a massive statement by adding two college sports blue-bloods this summer. As a result, the other conferences have responded; only time will tell how this war of subliminal messages directed at each other will end.

Carson Cashion is a second-year student at the University of Florida, and has a major in journalism with a specialization in sports and media. Originally from the Orlando area, Cashion has covered the UF Gymnastics team as well as Oak Hall athletics for ESPN Gainesville.
Previous Rays Beat Phillies; Cruz Returns from COVID-19 Procedures To Propel Win
Next Oak Hall Football Coach RJ Fuhr Talks Eagles Return to 11 v. 11 Play