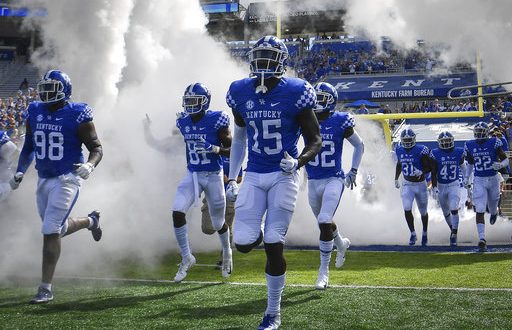 Kentucky Wildcats up against the Chattanooga Mocs

The Chattanooga Mocs started their home season opener against Austin Peay as they fell short 30-20 in their loss. Chattanooga didn’t stay down for long with their first win of the season on the road against North Alabama winning 20-0.

In the previous two games, Wildcats quarterback Will Levis was a game leader with a 63.6 completion percentage over the  546 yards and 5 touchdowns over the last two games. As the team prepares to take on Chattanooga they look for the same energy in order to continue the momentum.

Wildcats coach Mark Stoops talked about how he is pleased with the team stating, “please with coming off a big victory verse Missouri good to get off to a good sec east win and we need to continue to build. We did so many good things in the game but also so many mistakes.”

This is the first time that the two teams meet up to play against each other.

As Kentucky prepares to go up against Chattanooga they want to continue working on themselves, play a cleaner game and work on putting less pressure on themselves.

The game will air exclusively on SECN+ and ESPN+ and will not be available on traditional television.