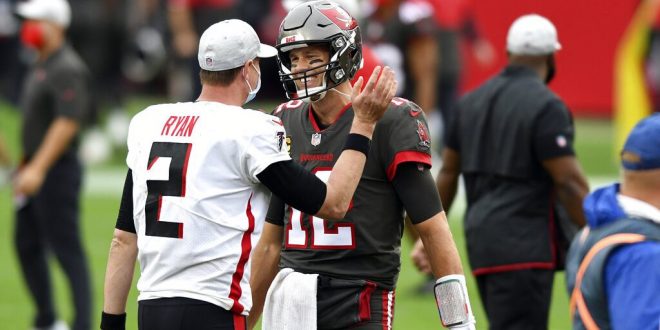 The Tampa Bay Buccaneers opened their season with a thrilling shootout with the Dallas Cowboys. Edging out a final-minute win, the Bucs’ showed off their offensive firepower but left little to be desired on defense. Before heading to the city of angels to take on the Rams in two weeks, Tom Brady and his crew look towards the Atlanta Falcons this weekend.

Tampa Bay faces off against Atlanta on Sunday in a game that, by all statistical measures, shouldn’t be very close. Regardless, the game will be a test to see if the Buccaneer defense can bounce back from a sloppy week-one performance.

A look at the Falcons

After firing head coach Dan Quinn last year and bringing in former Tennessee Titans offensive coordinator Arthur Smith, Falcons fans hoped for a better offense. After all, Smith helped churn out an elite offense for Tennessee last season. While a one-game sample size is admittedly small, the early reviews of the revamped unit are not impressive. Atlanta got drubbed at home by the Philadelphia Eagles last week. Losing by a score of 32-6, both sides of the ball got exposed by a team that many view as one of the worst in the league. The teams leading rusher had 54 yards, and the leading receiver had 51.

Former Gator and current Falcon tight end Kyle Pitts underwhelmed, too. Totaling just 31 yards on four receptions, the fourth pick in the 2021 NFL Draft was unable to break out. Luckily, he may have some breathing room this week; Tampa allowed over 390 passing yards against Dallas, a stat that should make Atlanta’s pass-catchers hungry. If Pitts and the rest of the offense can light a spark, they might have a chance. Otherwise, it’s hard to see how Atlanta will keep up with the reigning champs.

What to watch for from Tampa

In this week’s game against the Falcons, Buccaneer fans should be watching mainly for improvement from the defense. The Tampa secondary unit was beaten by the Dallas wide receivers consistently in the game last week; despite not having the stats to show for it, Atlanta has elite playmakers on the outside as well. If Antoine Winfield Jr. and his squad can shut down the Falcons, they can build momentum for a marquee matchup against Los Angeles next week.

On the offensive side of the football, week one was smooth sailing. Brady threw for over 300 yards last week, and three different receivers had 90 or more yards. The Falcons defense allowed the Eagles to score 32 points last week, a team with a significantly less talented offense than the Bucs’. One thing to keep an eye on is the running game; Tampa only rushed for 52 yards last week, the only non-positive stat from the game last week. Leonard Fournette and Ronald Jones will try to bounce back against a unit that allowed 173 rushing yards last week.

Carson Cashion is a second-year student at the University of Florida, and has a major in journalism with a specialization in sports and media. Originally from the Orlando area, Cashion has covered the UF Gymnastics team as well as Oak Hall athletics for ESPN Gainesville.
Previous Saint Francis Catholic Falls 3-1 to Countryside Christian
Next Florida Volleyball Looks To Bounce Back This Weekend Against Coastal Carolina