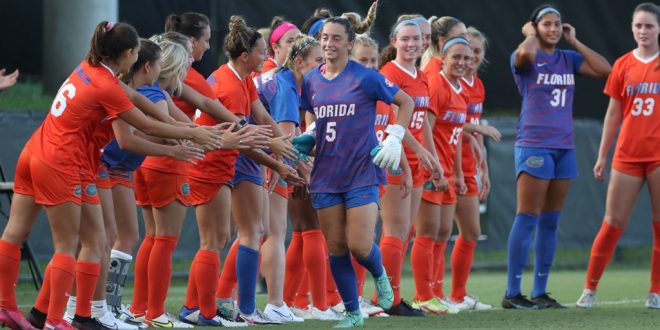 While the Gators team as a whole has had a rough start to the season, the teams’s goalkeepers have been one of the only highlights so far. Gators’ starting goalkeeper Alexa Goldberg has posted three shutouts in the last four matches. Goldberg has been a shining star for this 2021 Gators soccer team. As of their last matches, Goldberg’s save percentage sits at 74.2%. If Goldberg continues to play the way she has, the Gators still have a chance to improve their record.

Despite two hard fought draws, the Gators still have their eyes set on the matches ahead. The Gators next match will be against SEC East rivals, the Kentucky Wildcats. This will be Kentucky’s first look at an SEC team this year and it will be quite interesting to see how their fare against the struggling Gators.

Previous Buccaneers crush the Falcons in a 48-25 victory
Next Tua Hurt, Bills Drown Out Dolphins